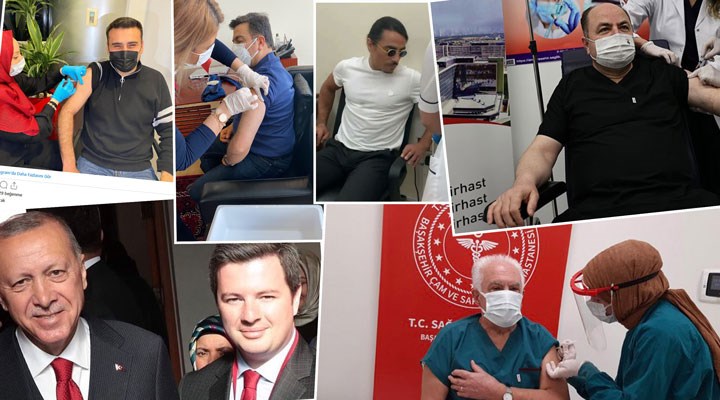 More than 1 million people in Turkey have been vaccinated against the coronavirus thus far despite debates over politicians and celebrities’ early and preferential access to the inoculation.

On Jan. 14, Turkey began vaccinating its healthcare workers with CoronaVAC, developed by China’s Sinovac, against the coronavirus after the country’s health regulator, the Turkish Pharmaceuticals and Medical Devices Agency, issued an emergency use authorization for the vaccine.

According to a priority list announced by Turkey’s Health Ministry last week, the vaccines were to first be administered to healthcare professionals and pharmacy staff and then to the elderly and disabled as well as nursing home personnel.

Despite not being on the priority list, some politicians and well-known personalities are receiving the vaccine before the people on the priority list although the Turkish health minister said in a tweet on Jan. 13 that the country’s vaccination campaign would be equitably conducted.

Turkish President Recep Tayyip Erdoğan and members of his party’s Central Decision and Management Board (MKYK) were among the first group of people who were vaccinated despite not being on the priority list.

Parliament Speaker Şentop, who was vaccinated at an Ankara Hospital on Wednesday, called for the inclusion of members of parliament in the priority groups for the coronavirus vaccinations.

He said 142 deputies have been infected with the coronavirus so far, which makes up the 24.3 percent of the Turkish Parliament.

“Taking this figure into consideration, I think deputies should be among the priority groups for vaccination,” said Şentop.

According to the Turkish Health Ministry, the politicians were given access to the vaccine to serve as “ambassadors” to encourage others to take the vaccine when it becomes available to the wider public.

Famous Turkish chefs and restaurateurs Nusret Gökçe, nicknamed Salt Bae, and Burak Özdemir, nicknamed CZN Burak, got also vaccinated, not in Turkey but in Dubai, where they both have restaurants.

Despite demands from Turkey’s miners, who number some 200,000, they have not been included in the priority lists for the vaccinations.

Likewise, a demand from the Turkish Journalists Union (TGS) to include journalists in the priority groups for the coronavirus vaccinations has not been met. The TGC said in a statement last week that journalists perform their jobs in close contact with people and that it’s important for them to remain healthy for the healthy flow of information to the public.

After the vaccinations of healthcare workers were completed, Turkey on Tuesday began the vaccination of the elderly in nursing homes, considered to be in a high-risk group.

The second dose of CoronaVAC will be administered 28 days after people received the first dose.

Turkey does not currently have sufficient doses of the vaccine since only the first batch of CoronaVAC, 3 million doses, arrived in Turkey on Dec. 30 after a two-week delay.

In the meantime, main opposition Republican People’s Party (CHP) leader Kemal Kılıçdaroğlu and pro-Kurdish Peoples’ Democratic Party (HDP) Co-chairpersons Pervin Buldan and Mithat Sancar refused to get the vaccination last week, saying they will wait their turn and that healthcare professionals and high-risk groups should be vaccinated first.