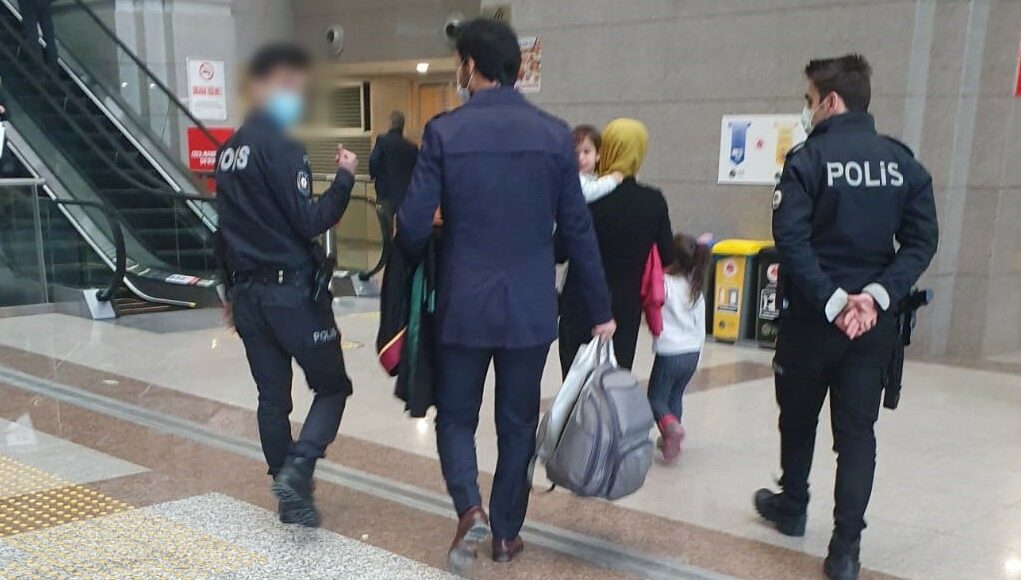 Ekrem, a one-and-a-half-year-old toddler, and his four-year-old sister Zülal became separated from not just one but both their parents when their mother was arrested as part of a crackdown in Turkey targeting followers of the faith-based Gülen movement, the Bold Medya news website reported on Tuesday.

İlayda and Hasan Tekgöz are accused of links to the Gülen movement, a faith-based group inspired by Muslim cleric Fethullah Gülen and critical of Turkish President Recep Tayyip Erdoğan and his ruling Justice and Development Party (AKP).

The Erdoğan administration accuses Gülen and his followers of masterminding an abortive putsch on July 15, 2016 and labels the movement a terrorist organization. Both the preacher and members of his movement, however, strongly deny involvement in the coup or any terrorist activity.

Ekrem and Zülal’s mother, formerly a math teacher working at a prep school linked to the movement, was initially detained on July 19, 2019, two hours after giving birth to her son, and was released and placed under judicial supervision shortly afterwards.

Thirty-two-year-old İlayda was arrested by the İstanbul 28th High Criminal Court on Tuesday due to the existence of a flight risk and sent to İstanbul’s Bakırköy Closed Women’s Prison, where children are not allowed to accompany their mothers due to COVID-19 restrictions.

Accusations directed at the mother were based on her use of the ByLock messaging app, possession of an account at Bank Asya, a now-closed Islamic lender affiliated with the Gülen movement, and a witness statement.

İlayda’s husband Hasan, a mechanical engineer, was also arrested in February 2020 and sentenced to six years, 10 months in prison. He has been in İstanbul’s Silivri Prison for the past 11 months.

“Two more children were separated from their mother today! What is this for?” Ömer Faruk Gergerlioğlu, a lawmaker from the pro-Kurdish Peoples’ Democratic Party (HDP), tweeted on Tuesday.

Gergerlioğlu, also a member of parliament’s Human Rights Inquiry Committee, formerly stated that the arrest of both parents, which shatters families, is a “method of punishment” systematically imposed by Erdoğan’s AKP government.