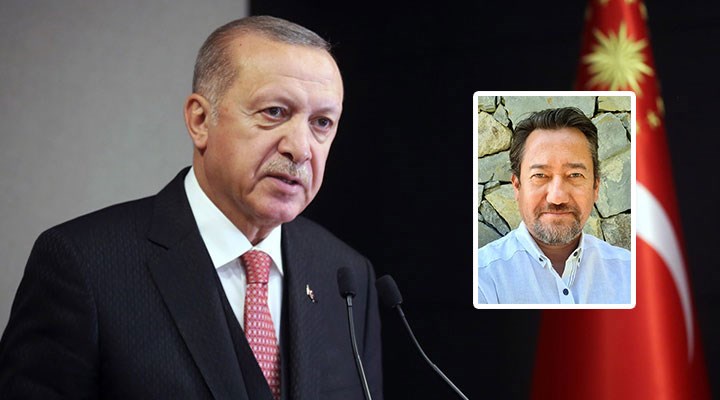 Serdar Akinan, an anti-government journalist living and working in Turkey, has alleged that President Recep Tayyip Erdoğan committed a physical assault by squeezing his neck during his time as prime minister in 2005, Aytunç Erkin, a columnist for the Sözcü daily, revealed on Tuesday.

In his column, titled “Which journalist’s neck did Erdoğan squeeze?” Erkin related the incident in detail, citing lines from Akinan’s latest book, “Hayatımın Haberi” (The Story of My Life), in which the journalist made the claim regarding the president.

According to Akinan, the incident took place after then-Prime Minister Erdoğan refused to take questions from him during a press conference in Abu Dhabi following a multi-nation tour of Southeast Asia in the wake of a tsunami in 2004.

“He [Erdoğan] approached me on my left side as I was leaving the conference room. ‘How are you Serdar?’ he asked. I said, ‘Fine, sir, thank you,’ with astonishment, since he had just refused to take my question and given me the evil eye throughout the briefing,” Akinan said.

The journalist said Erdoğan then placed his right arm around his neck and took a step in the direction of the exit, forcing Akinan to proceed with him.

Surrounded by Erdoğan’s bodyguards outside the conference room, “He began to wrap his arm very tightly around my neck,’’ in a move that “hurt a great deal,’’ the journalist, who was editor-in-chief of SkyTürk at the time, wrote in the book, emphasizing that he couldn’t tell anyone what was happening.

“Why do you allow my family to be cursed at?’’ Akinan cited an “extremely angry’’ Erdoğan as asking him, while he squeezed his neck.

“Erdoğan was questioning me about cursing his family on TV while squeezing my neck as if he wanted to strangle me right there,” Erkin quoted the journalist as saying.

The Milliyet and Cumhuriyet newspapers as well as CNN Türk, NTV, Habertürk and Star are among the opposition media outlets Akinan has worked for.

SkyTürk, which was headed by the journalist during the alleged incident, was sold to businessman Ethem Sancak, a member of Erdoğan’s close political circle, in 2016.

Erdoğan last year said his family was insulted on social media, vowing to tighten government control over the platforms.