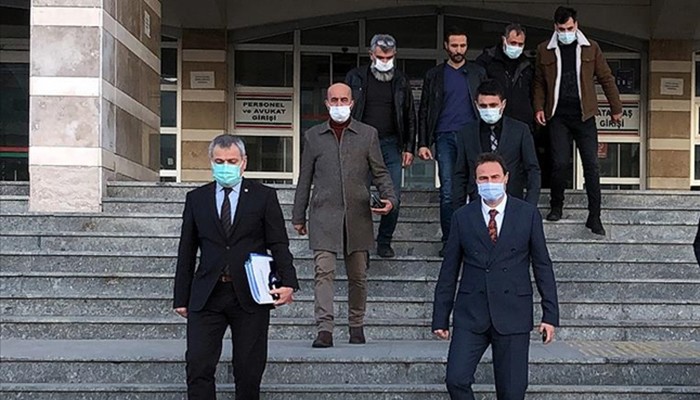 Ömer Faruk Gergerlioğlu, an MP from the pro-Kurdish Peoples’ Democratic Party (HDP) and a human rights activist, has filed a criminal complaint against Mesut Gezer, a chief of police in Turkey’s western Uşak province, on accusations that include failure to take action on claims of strip-searches in the province.

The lawmaker on Dec. 9 brought the issue of unlawful strip-searches conducted in police custody and prisons to public attention, reporting on a September incident in Uşak in which female students detained due to alleged links to the Gülen movement were strip-searched before admission to a detention facility.

Ankara labels the group, inspired by the teachings of US-based Muslim cleric Fethullah Gülen, as a terrorist organization and accuses it of orchestrating an attempted coup in 2016, although Gülen and his followers strongly deny any involvement in the abortive putsch and any terrorist activity.

Following the claims, police chief Gezer filed a criminal complaint against Gergerlioğlu last week, accusing him of links to the Gülen movement and saying that he was a “traitor” and a “blood-shedder.”

Through his lawyer, Bişar Abdi Alınak, Gergerlioğlu on Friday filed a criminal complaint with the Uşak Chief Public Prosecutor’s Office that accused the police chief of “insult, slander, misconduct and neglect of duty” after Gezer’s insults and inaction on the claims of strip-searches in Uşak.

Alınak underlined in the complaint that Gezer violated the right to presumption of innocence by accusing his client of membership in a terrorist organization.

Özlem Zengin, a deputy from the ruling Justice and Development Party (AKP), had previously targeted Gergerlioğlu, saying he had “terrorized” the parliament while she at the same time dismissed accusations of undignified treatment and strip-search in Turkey’s prisons.

Turkish Interior Minister Süleyman Soylu also denied the lawmaker’s claims and accused him of being a “terrorist” while speaking at a security briefing in Ankara on Thursday.

Gergerlioğlu responded to the minister in a video posted on Twitter on Thursday, saying: “Süleyman Soylu has slandered me. I don’t want to stoop to his level, but as a human rights defender, I will say they are attacking me because I say the emperor has no clothes.”

Gergerlioğlu speaking out about the strip-searches in Uşak prompted dozens of women as well as men, including lawmakers, journalists, lawyers, teachers, doctors and housewives, to share on social media their experiences of strip-searches.