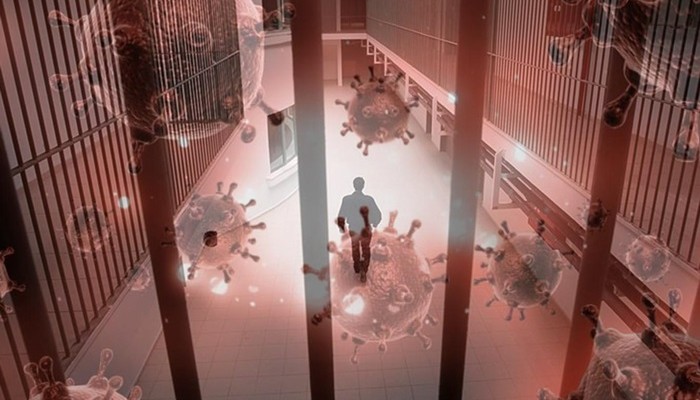 A total of 16 inmates have been diagnosed with COVID-19 in northern Turkey’s Karabük Prison as cases countrywide have increased dramatically, reaching 1,866,345 on Dec. 14, the Stockholm Center for Freedom reported, citing Bold Medya.

Sinan Memethan, 39, a former teacher arrested for links to the Gülen movement, a faith based group inspired by US based Turkish cleric Fethullah Gülen, was among the inmates who contracted the virus. Memethan, who suffers from asthma, told his family that he tested positive for the virus on December 5. The family said their next visitation had been cancelled due to the virus outbreak in the prison.

Memethan was arrested on January 5, 2018 and sentenced to 11 years, three months in prison for “membership in a terrorist organization.”

Erdoğan intensified the crackdown on the movement following a coup attempt on July 15, 2016 that he accused Gülen of masterminding. The crackdown also targeted political opponents of the government, Kurdish activists and human rights defenders, among others. Gülen and the movement strongly deny involvement in the abortive putsch or any terrorist activity.

The Turkish parliament passed an early parole law on April 14 aimed at reducing the inmate population of the country’s overcrowded prisons due to the coronavirus pandemic. The legislation, which excludes political prisoners such as politicians, journalists, lawyers, academics and human rights defenders convicted under the country’s controversial counterterrorism laws, prompted calls from the UN, the EU and rights groups for the non-discriminatory reduction of prison populations.