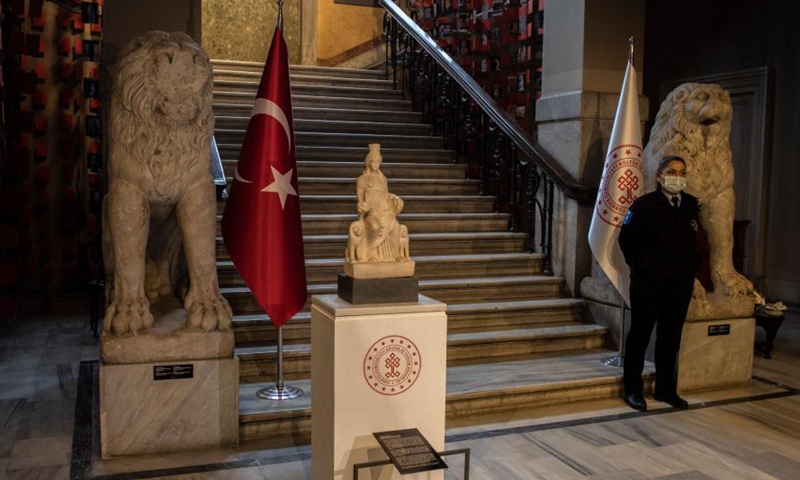 A 1,700-year-old sculpture of Cybele, an Anatolian goddess associated with abundance and fertility, returned to Turkey after being smuggled abroad 56 years ago, Turkish Culture and Tourism Minister Mehmet Nuri Ersoy announced on Sunday.

Ersoy introduced the sculpture during a press conference at the İstanbul Archeological Museum a day after it arrived in Turkey from the United States.

According to Ersoy, the sculpture was unearthed in 1964 in Turkey’s western province of Afyonkarahisar during the construction of a road but was later smuggled out of the country and sold in Israel.

Turkey had recently been informed that the artifact entered the United States to be sold at auction, the minister said.

“We asked the officials there to halt the sale,” the minister said, adding that the Turkish authorities produced a document proving the sculpture’s Anatolian origins.

Cybele was worshipped as the mother goddess by the Phrygians, an ancient Indo-European people who migrated to Anatolia three millennia ago.

According to historians Cybele was seen as the symbol and protector of fertility and abundance all across the Mediterranean Basin, notably by the Phrygians, the Greeks and the Romans.

Lions on both sides of the statue convey the dominance of Cybele over nature, said a recent article published on an archeological news platform.

Turkish authorities said they would display the statue at a new museum to be built in Afyonkarahisar.