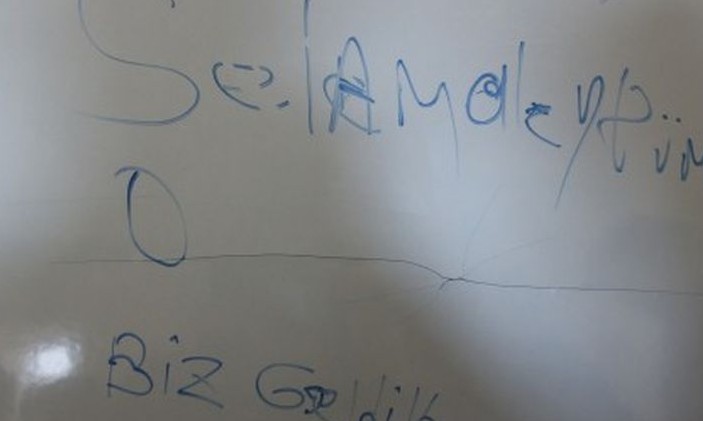 Four people were detained when Turkish police raided the provincial office of the pro-Kurdish Peoples’ Democratic Party (HDP) and various other locations in the eastern province of Van, the Birgün daily reported.

The police seized a computer, a hard disc and books during the search.

HDP provincial branch co-chairperson Ökkeş Kava said as many as 100 police officers carried out the raid in violation of the law governing the search of political party facilities.

He said the search was made without the presence of HDP lawyers and that the police officers left a note on a board saying, “Salamun Alaikum, we came.”

The note was reminiscent of the nationalist messages special forces police left on the walls of houses they raided in the country’s Southeast amid military operations and curfews in 2015.

Turkish President Recep Tayyip Erdoğan and his government accuse the HDP of links to the Kurdistan Workers’ Party (PKK) militant group, leading to the prosecution of thousands of its members and some of its leaders. The HDP denies such links.

The former co-leaders of the HDP have both been jailed since 2016 on terrorism charges, with several other prominent members accused of supporting terrorism over what the government says are links to the PKK.

In the meantime, the Ankara Chief Public Prosecutor’s Office announced on Friday that detention warrants have been issued for 21 suspects as part of an investigation of the PKK, its umbrella organization, the Kurdistan Communities Union (KCK), and the Syrian Kurdish Democratic Union Party (PYD).