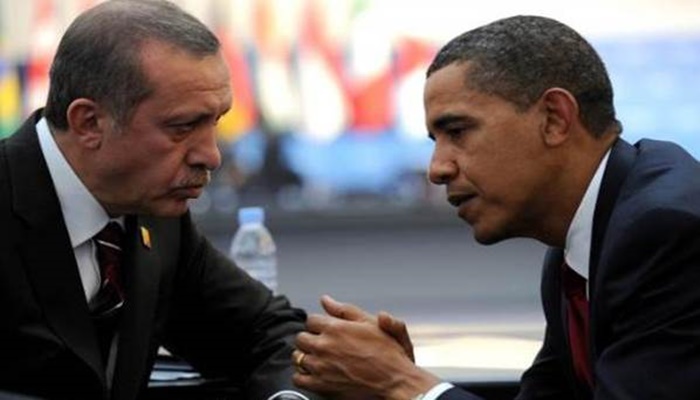 Titled “A Promised Land,” Obama’s first volume of memoirs following his tenure as president of the United States from 2009 to 2017, was released on Tuesday. The book narrates how the then-POTUS grew suspicious of then-prime minister Erdoğan’s professed adherence to democratic values and the rule of law.

“Some observers suggested that Erdogan might offer a model of moderate, modern, and pluralistic political Islam and an alternative to the autocracies, theocracies, and extremist movements that characterized the region. … I tried to echo such optimism. But because of my conversations with Erdogan, I had my doubts,” he said.

Explaining the incentives to keep working with Erdoğan despite warning signs, Obama says, “Turkey had appeared to be a nation on the upswing, a case study in globalization’s positive effects on emerging economies.”

Underlining that Turkey has been aligned with the West since the 1950s despite its history of political instability, Obama said the country maintained “NATO membership, regular elections, a market-based system, and a secular constitution that enshrined modern principles like equal rights for women.”

Erdoğan and his Justice and Development Party (AKP) had come to power in 2002–2003, promoting populist and at times Islamic appeals, Obama said.

“Erdogan’s vocal sympathy for both the Muslim Brotherhood and Hamas in their fight for an independent Palestinian state, in particular, had also made Washington and Tel Aviv nervous,” the memoir says. “And yet, Erdogan’s government thus far had abided by Turkey’s constitution, met its NATO obligations, and effectively managed the economy, even initiating a series of modest reforms with the hope of qualifying for EU membership.”

What set the tone for the US-Turkey relationship from 2009 onwards, according to Obama, were Erdoğan’s objections to the appointment of Danish Prime Minister Anders Rasmussen as NATO secretary-general. Erdoğan did not want him in the position because his government had failed to censor the 2005 publication in a Danish newspaper of cartoons of the Prophet Muhammad.

“European appeals about freedom of the press had left Erdogan unmoved, and he had relented only after I’d promised that Rasmussen would have a Turkish deputy and had convinced him that my upcoming visit — and US public opinion of Turkey — would be adversely affected if Rasmussen’s appointment didn’t go through,” Obama said.

“This set a pattern for the next eight years. Mutual self-interest would dictate that Erdogan and I develop a working relationship. Turkey looked to the United States for support of its EU bid, as well as military and intelligence assistance in fighting Kurdish separatists who’d been emboldened by the fall of Saddam Hussein. We, meanwhile, needed Turkey’s cooperation to combat terrorism and stabilize Iraq,” he said.

Obama said he found Erdoğan generally responsive to his requests during his tenure; however, “whenever I listened to him speak, his tall frame slightly stooped, his voice a forceful staccato that rose an octave in response to various grievances or perceived slights, I got the strong impression that his commitment to democracy and the rule of law might last only as long as it preserved his own power.”

The memoir came at a time when, according to observers, Erdoğan has tried to hit the brakes on authoritarianism by promising economic and judicial reform and is attempting to recalibrate his administration so as to satisfy US President-elect Joe Biden, who served as vice president during Obama’s time in office.

During his first trip to Turkey, Obama touted the country’s strategic importance as an ally “not just in combating terrorism, but in developing the kind of economic links, cultural links and political links that will allow both countries to prosper.”

However, during the last summer of Obama’s presidency, a failed coup in July 2016 marked Erdoğan’s increasingly authoritarian drive, after which he embarked on a massive crackdown on dissent, arresting tens of thousands.

The aftermath of the coup saw Ankara moving closer to Russia, and Turkish-US ties have been strained over a host of issues including Turkey’s acquisition of the Russian-made S-400 air defense system and Washington’s partnership with Syrian Kurds to combat the Islamic State in Iraq and the Levant (ISIL) as well as Ankara’s increasing anti-Western rhetoric.