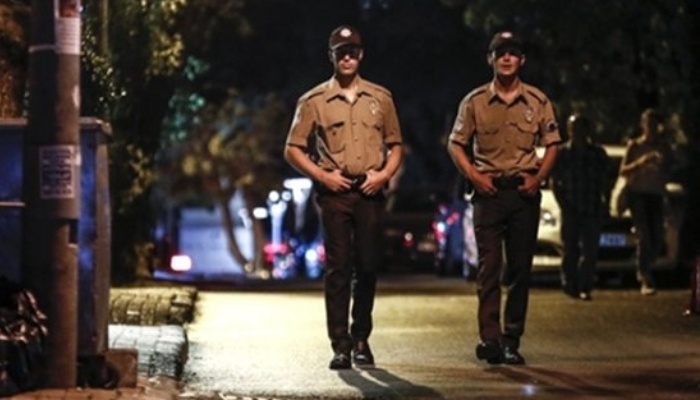 Human Rights Watch on Wednesday called on the Turkish government to investigate “serious abuses” allegedly committed by police and neighborhood night watchmen against more than a dozen people in the Southeast and in İstanbul, AFP reported.

“The cases illustrate a worrying pattern of violent arrest, beatings, and other abuse that seems to be part of an increase in violent treatment in custody,” the rights group said in a report.

“They should be fully investigated.”

In June, the Turkish Parliament passed a controversial bill that gives night watchmen greater powers, with critics accusing the government of seeking to build a loyal “militia.”

Under the law the night watchmen are allowed to carry firearms and have the power to stop and search people during neighborhood patrols.

The alleged torture took place in Kurdish-majority Diyarbakir and in Istanbul and targeted 14 people in the last two months, according to the Human Rights Watch report.

In two incidents, police dogs were set on people in their homes, leaving them with bite marks on their limbs, the report said.

In two others, involving the detention of suspects in the fatal shooting of police officers, images of the detainees with signs of having been beaten and otherwise abused were posted on private social media accounts.

Human Rights Watch said it had reviewed photos, videos, and legal and medical documents and interviewed lawyers, families, and witnesses and, where possible, the victims.

The Turkish government has adopted a policy of zero tolerance for torture.

New York-based Human Rights Watch said in four of the cases, the authorities have publicly refuted or countered allegations of abuse.