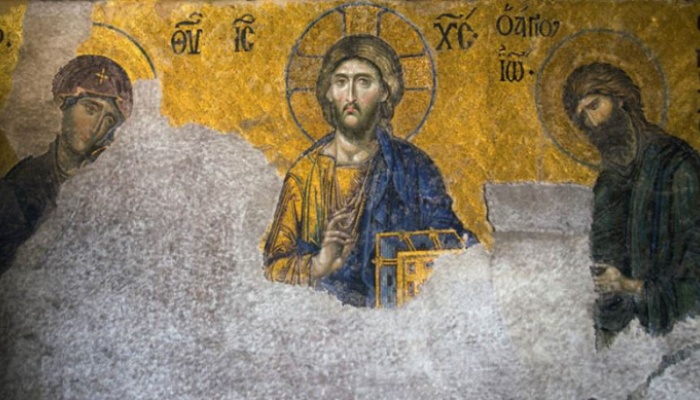 A professor of history has called for the removal of the mosaics and icons in the ancient Hagia Sophia, claiming that they include the depiction of a prostitute, which he said would be unacceptable as the monument has been recently converted to a mosque.

Earlier this month a Turkish court ruled that the conversion of the sixth-century Byzantine cathedral into a museum in 1934 was unlawful. President Recep Tayyip Erdoğan declared the building a mosque and said the first prayers would be held there within two weeks.

The move drew international criticism and concern, including from Greece, the United States and Russia, as well as UNESCO, which is now reviewing the structure’s World Heritage Site status.

Yet, Turkish government officials sought to ease the concerns of the international community, saying that the mosaics and Christian icons in the monument would remain untouched but would be covered by curtains during the Muslim daily prayers.

History professor Ebubekir Sofuoğlu, who teaches at Sakarya University in northwestern Turkey, however, called for their removal.

“Can there be a prostitute in a mosque? But if the icons [at the Hagia Sophia] are not removed, it will be the first mosque in the world in which a prostitute, prostitute ZOE, is depicted. Put an end to the nonsense of protecting the icons, which were removed by Mehmet the Conqueror,” he tweeted.

He was referring to the mosaic of the Empress Zoe, who was the daughter of Constantine VIII.

The professor attracted widespread criticism on social media with his controversial remarks.