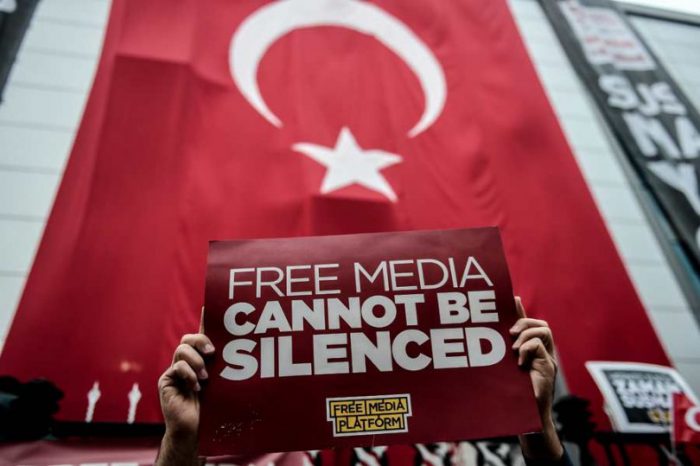 The Turkish Justice Ministry has failed to answer a parliamentary question from an opposition deputy about the number of journalists currently jailed in the country, saying it is unable to count their numbers, the Bold Medya news website reported.

In response to the parliamentary question submitted by Republican People’s Party (CHP) deputy Utku Çakırözer, a former journalist, the ministry said counting journalists in prison requires “special and separate work, research, examination and analysis” and that the ministry could not count how many journalists are in Turkey’s jails.

Çakırözer criticized the ministry for its response, saying: “It’s easy to unlawfully and illegally put journalists on trial. The Justice Ministry could not say, ‘There are no jailed journalists,’ it said it couldn’t count them. Dozens of journalists are in jail while hundreds of them are standing trial.”

Turkey, where more than 150 journalists and media workers are currently jailed, was ranked 157th among 180 countries in the 2018 World Press Freedom Index released in April by Reporters Without Borders (RSF).

The Turkish government increased its crackdown on critical journalists and media organizations in the aftermath of a failed coup attempt in July 2016 following which dozens of journalists were imprisoned and dozens of media outlets were closed down by the government on the pretext of an anti-coup fight.