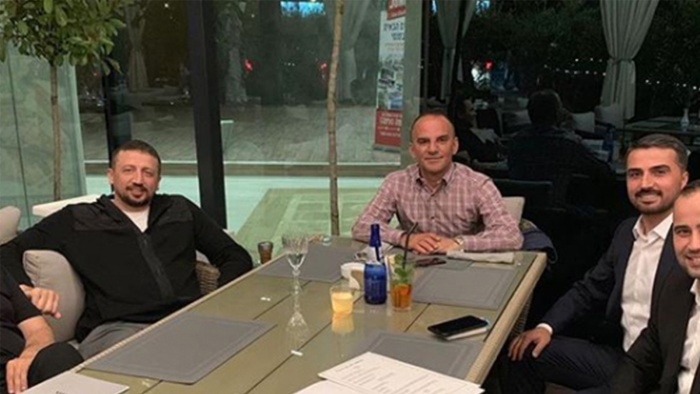 Pro-government Turkish businessman Galip Öztürk, who fled abroad after being convicted of murder, has been photographed with Hidayet Türkoğlu, a former national basketball player and advisor to Turkish President Recep Tayyip Erdoğan, the BirGün newspaper reported on Sunday.

Türkoğlu, who played in NBA between 2000-2015, is known as “Hedo” among American basketball fans.

The image drew attention and sparked debate on Turkish social media as Öztürk is a controversial figure whose life sentence for ordering a murder was upheld by Turkey’s Supreme Court of Appeals last November. He had left Turkey the same day as there was no travel ban imposed on him.

He is known for his staunch advocacy of the policies of Erdoğan and his ruling Justice and Development Party (AKP).

Also seen in the picture is Halil Kalaycı, an AKP politician and mayor of Ayvacık in northwestern Turkey.