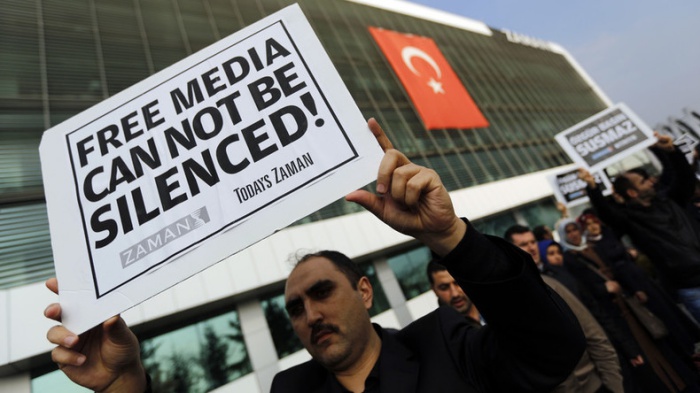 “Turkey has been developing laws and other tools to further extend the restrictions imposed on the media since July 2016, in spite of the end of the emergency period,” an International Press Institute (IPI) report published on Tuesday said.

The institute drafted the report after a series of meetings with Turkish officials and relevant stakeholders in December 2018.

“In a number of meetings with government representatives, IPI was told that the security situation in the country remains at risk and that restrictions on media freedom were therefore justified,” IPI said.

Turkey survived a coup attempt in July 2016, after which a two-year-long state of emergency was declared by the government.

According to the report, titled “Progress Arrested,” 162 journalists were behind bars as of Dec. 5, while 70 newspapers (17 of them were reopened), six news agencies, 25 radio stations, 20 TV stations and 20 magazines were shut down by the government.

Over 80 journalists were in pretrial detention on terrorism charges.

“Numerous journalists that IPI met in the course of the mission described an unprecedented level of censorship and self-censorship, to the point that many feel that the content of most mainstream media controlled directly or indirectly by the government has little to do with the journalism they used to practice,” the IPI report said.

The report also raised the concern of “continued efforts by Turkish officials to publicly smear, denigrate and delegitimize the work of independent journalists and media organizations.”

In its 16-page report the IPI called on Turkish authorities to free all journalists and allow “a plurality of voices” in the media landscape.

“Turkish judicial panels should throw out cases that are based solely on journalistic evidence or otherwise rule immediately for the acquittal of the journalist in question,” it concluded.