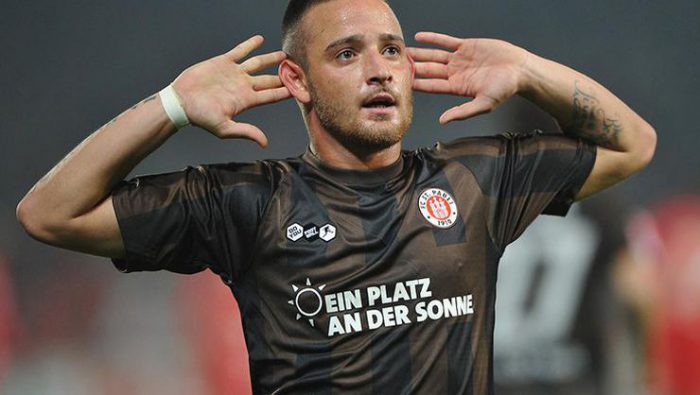 German-Kurdish footballer Deniz Naki has criticized Mesut Özil, who left the German national football team due to “racism and disrespect” arising from a meeting with Turkish President Recep Tayyip Erdoğan in May, recalling the oppression he faced in Turkey.

Naki, who was born in Germany of Kurdish parents but played in Turkey and was barred from the Turkish Super League by the disciplinary council of the Turkish Football Federation (TFF) over his political views, made a statement on Twitter on Thursday expressing strong criticism of Özil’s remarks.

Özil on July 22 criticized the German football federation (DFB), its president and fans and the media for what he saw as a double standard in dealing with people of Turkish origin and defended his controversial decision to meet with Turkish President Erdoğan in May.

Underlining that he was saddened due to the developments surrounding Özil in Germany, Naki said he was exposed to racist attacks due to his views critical of the ongoing oppression in Kurdish-populated cities in Turkey.

“Due to my political stance and my Kurdish roots, I was exposed to cursing and physical attacks during matches in Turkey. I was threatened by fascists many times. I was barred from playing football for weeks. In the end I was threatened at gunpoint Germany. I was pointed out as a target. They were not satisfied with that: The Turkish Football Federation fined me TL 237,000, and I was barred from football.”

“You said you left the German national team due to fascist attacks targeting you. Then why were you silent in the face of racist and fascist attacks on Kurdish football players in Turkey?”

“Those who see you as a ‘nationalist’ and ‘native son’ see me as a ‘terrorist’,” Naki said, and added, “Why did people who supported your Turkishness refuse to accept my Kurdishness?”

Calling on Özil to be “sensitive about the racism against Kurdish people in Turkey’,” Naki said: “Those fascist and racist people who attacked me will welcome you as a nationalist and native son when you go to Turkey. At that moment, think of me. There is no ‘Your fascist, my fascist.’ Fascism is the same everywhere.”

The 28-year-old Kurdish-German midfielder is a prominent defender of Turkey’s Kurdish minority who has harshly criticized the Turkish military’s operations in the Afrin region of Syria.

Naki was also detained in last summer over social media posts authorities found to be insulting to President Erdoğan.

Earlier, Naki was given a suspended sentence due to social media posts the presiding judge claimed were terrorist propaganda.