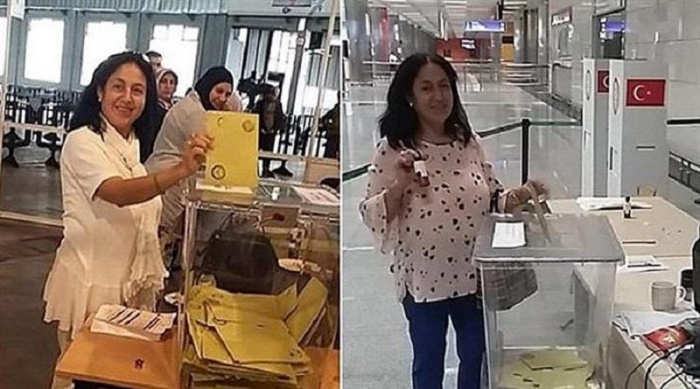 A Turkish citizen has been detained for voting both in Belgium and in Turkey, the Hürriyet Daily News reported.

The woman, who resides in Belgium, had sparked outrage on social media this week when she shared photos showing her casting votes both in the Turkish Embassy in Belgium and at the customs gate of Adnan Menderes Airport in the western Turkish province of İzmir.

Voting in Turkey will take place on June 24, but the polls are now closed for Turkish expatriates voting abroad.

Supreme Election Council (YSK) Chairman Sadi Güven on Wednesday said the YSK sent the photos to a prosecutor and that the suspect had been detained in İzmir.

“An investigation is under way. We will work to counter any kind of fraud in the elections. The law stipulates jail sentences of up to five years for this crime,” Güven said.

The woman was able to vote twice because officials in İzmir apparently had mistaken her for a person having the same name. According to Güven, the double voting could have been prevented if the woman’s parents’ names and other ID details had been properly checked.

Meanwhile, Justice Minister Abdülhamit Gül announced that authorities were investigating whether this was an isolated instance or part of some kind of voting fraud scheme.

“The person has testified to the prosecutor and was brought to Ankara from İzmir. Prosecutors are investigating whether this crime was a scheme and whether documents were forged. Voting twice or voting on behalf of another person is a serious crime,” Gül told private broadcaster NTV on Wednesday.

The Ankara Chief Public Prosecutor’s Office also said investigators were trying to determine whether the suspect, identified only as Şengül A., possessed two ID cards.

A record number of Turks living abroad have turned out to cast their votes in Turkey’s presidential and parliamentary elections, Güven announced after expatriate voting closed in 51 countries around the world.

According to official YSK figures, voting totaled 48.78 percent of the expatriate population, with 1,486,408 Turkish citizens heading to the polls between June 7 and 19.

Over 3 million Turks living abroad are eligible to vote in the elections.

Turkish citizens living overseas and traveling to Turkey this month can also cast their votes at customs gates until 5 p.m. local time on June 24.