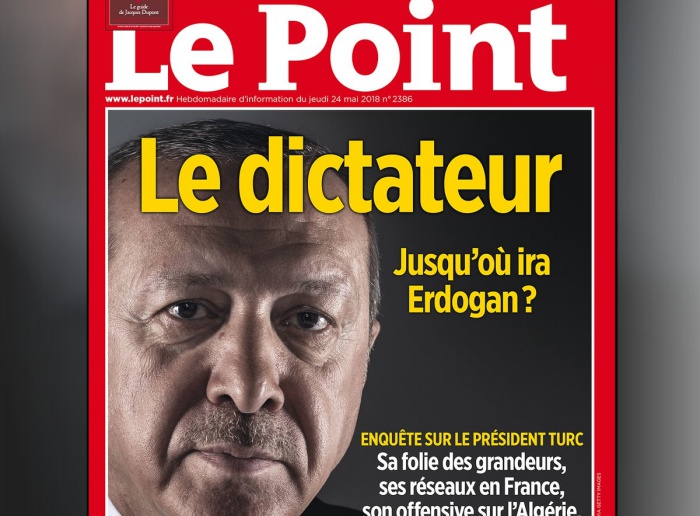 A group of Turks in Avignon, France, succeeded in the removal of a publicity poster for the French magazine Le Point, which in its latest issue described Turkish President Recep Tayyip Erdoğan as a dictator.

A video shared on social media shows a group of Turkish-speaking people having a discussion with workers who put the Le Point poster on a billboard. The workers then started to remove the poster.

The cover of Le Point with a photo of Erdoğan reads “The dictator. How far will Erdoğan go?”

President Erdoğan’s spokesman, İbrahim Kalın, on Friday tweeted about Le Point’s cover: “A French magazine called President Erdoğan a dictator. We know these attacks. We know their goals. Our nation and all oppressed nations see what is going on. The days when Turkey took orders from you are over. You cannot bring those days back by calling [Erdoğan] a ‘dictator’.”