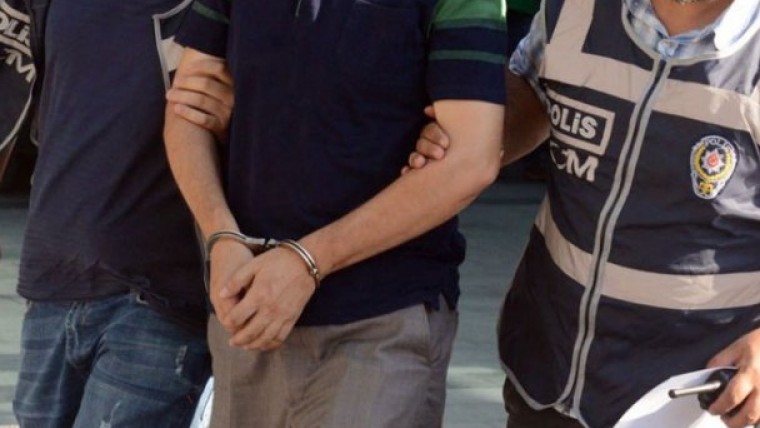 A Turkish expatriate living in Germany who travelled to his hometown of Afyonkarahisar in Turkey for a vacation has been detained in the province on charges of insulting Turkish President Recep Tayyip Erdoğan and Mustafa Kemal Atatürk, the nation’s founder, the t24 news website reported on Wednesday.

B.A. allegedly insulted Erdoğan and Atatürk on social media. The man was detained by gendarmes last Thursday, and t24 said B.A. was later released but that a travel ban was imposed on him, meaning that he will not be able to travel to Germany, where he resides.

Hundreds of people in Turkey including high school students face charges of insulting President Erdoğan. Even the slightest criticism is considered insult, and there has been a rise in the number of cases in which people inform on others claiming that they insulted the president, the government or government officials.

In April, a groom named Rahat Akbaba was arrested for insulting Erdoğan on henna night, a customary celebration before a wedding, in Turkey’s Diyarbakır province, causing the wedding ceremony to be held with just the bride.

The Ankara Chief Public Prosecutor’s Office in April prepared a summary of proceedings against main opposition Republican People’s Party (CHP) leader Kemal Kılıçdaroğlu for the removal of his parliamentary immunity so that he can be tried on charges of insulting Erdoğan.

If Kılıçdaroğlu’s immunity is removed, he will face a 14 to 56-month jail sentence.

In March, renowned Turkish singer Zuhal Olcay was handed down a prison sentence of 10 months by a court on charges of insulting President Erdoğan.

One of the co-founders of the ruling Justice and Development Party (AKP), Abdüllatif Şener, was indicted in March on charges of insulting President Erdoğan on Twitter. The indictment seeks a jail sentence of up to 54 months for Şener.

The US-based Freedom House, an independent watchdog organization dedicated to the expansion of freedom around the world, named Turkey as among the countries that have a “not free” press, in a report released on April 28.