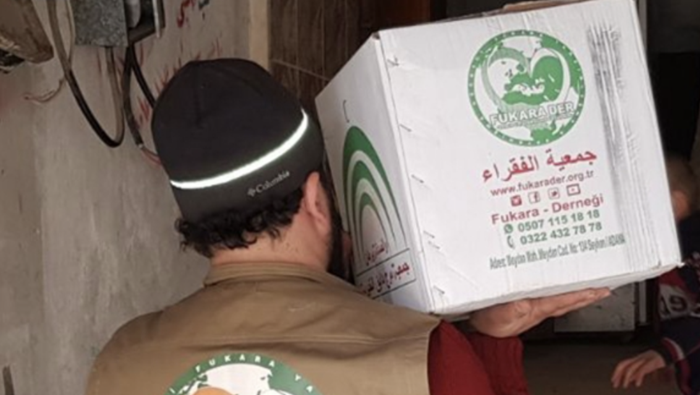 The mushrooming of new Islamist NGOs and foundations in Turkey, especially in border provinces near Syria and Iraq, apparently with the encouragement of the Turkish government and support of the intelligence agency, is intended to compartmentalize various jihadist policies while making it difficult to monitor their activities, track their operations and trace their footprint.

One such NGO is the Aid and Solidarity Association for the Poor (Fukara Yardımlaşma ve Dayanışma Derneği in Turkish, or Fukara-Der), which was set up on Sept. 11, 2013 in the city of Seyhan in southeastern Adana province. Its primary purpose is to help take care of al-Qaeda-affiliated jihadist fighting groups, mainly the Nusra Front and its offshoots, Ahrar al-Sham and Jaish al-Fatah, as well as their families both in Turkey and Syria. It provides logistical and moral support to jihadist groups and their families and supplies goods and services on demand from the ground in Syrian cities like Idlib, Jarablus, al-Bab and other places in the north of Syria where jihadist groups have been fighting.

The foundation does not appear to be directly involved in arms trafficking that we know of, yet some of the funds that were raised in Turkey and more importantly in European cities might have very well been channeled in cash to jihadist groups. It was led by a man named Hasan Süslü, 33, who used to run a bookstore before he got involved in aid and charity activities for Syrians since the crisis started in 2011. With a Salafist background, this head of Fukara-Der has been moving in and out of Syria, connecting with jihadists and trying to meet their demands.

In a June 2014 interview with Turkish news website Islahhaber, which is associated with al-Qaeda-linked groups, Süslü said the main mission of Fukara-Der was to help and support families of jihadists. “These families are our priority,” he said. Süslü admits he initially wanted to work for the Foundation for Human Rights and Freedoms and Humanitarian Relief (İnsan Hak ve Hürriyetleri ve İnsani Yardım Vakfı, or IHH, in Turkish), a Turkish government-backed charity that was identified in United Nation Security Council documents as a conduit for providing arms and logistical support to jihadist groups in Syria and Libya. But he said his friends opted for establishing a new and separate association for the mission.

Although in the paper Fukara-Der appeared to be separate from the IHH, in practice and on the ground Süslü has actively worked with the controversial group. The point man for Fukara-Der is Erhan Yemelek, who is the coordinator for Syrian operations for the IHH and who led the IHH branch office in the border province of Kilis from where major logistical operations are being channeled. Interestingly enough, the IHH Kilis branch and several of its employees were the target of an investigation into al-Qaeda that was launched by prosecutors in the eastern province of Van. The investigators discovered that al-Qaeda suspects were using IHH hubs with the full knowledge and approval of IHH officials to support jihadist groups in Syria. When police raided the IHH office in Kilis in January 2014 to detain the suspects and search the premises, Erdoğan immediately intervened, sacked the investigators and hushed up the probe.

The social media profile of Fukara-Der president Süslü shows he often retweets messages shared by the IHH’s Yemelek as well as other known radical figures including Abdülkadir Şen, a suspect in the al-Qaeda probe. Abdülkadir’s brother is İbrahim Şen, a convicted al-Qaeda terrorist who was running a recruitment and trafficking drive between Turkey and Syria and using the IHH, among others, as cover. Şen was detained in Pakistan on alleged al-Qaeda links and transferred to Guantanamo, where he was kept until 2005, before US officials decided to turn him over to Turkey. According to the investigation file in Turkey, he had been working with Turkey’s MİT since the Syrian crisis erupted in 2011. Apparently due to his political cover from the government and a secret contract with MİT, Şen was saved from legal troubles. He was arrested in January 2014 and indicted in October 2014 but let go at the first hearing of the trial in October 2014.

Abdülkadir traveled to Syria to join the fight, procured medical supplies and car parts for jihadists and organized the shipment of these items in the border province of Hatay. When his brother İbrahim faced problems in moving the shipments, Abdülkadir was the man he called for help, the evidence indicates. Abdülkadir also kept the network alive by attending slain fighters’ funerals and offering condolences to their families in Turkey. He also ran the media, propaganda and outreach activities for al-Qaeda, distributing jihadist publications to Turkish fighters in Syria.

With the blessing and approval of Turkey’s National Education Ministry, Fukara-Der started running religious schools for Syrian refugee children in both Turkey and Syria. It disseminated religious literature among Syrian refugees to indoctrinate them with jihadist teachings. It draws on the resources of the Turkish government’s emergency and disaster relief agency, AFAD. In fact, Deputy Governor of Adana Mustafa Aydın was pictured visiting the office of Fukara-Der and posing with Süslü to signal that the operations of Fukara-Der were supported by the government as well. The fact that Fukara-Der uses state bank Ziraat as well as government postal service PTT to move funds it has collected in Turkey and Europe suggests it enjoys political cover.

İmkan-Der, an İstanbul-based NGO that is also aligned with the al-Nusra front, Ahrar ash-Sham and Jaysh al-Islam, is another partner of Fukara-Der. The two have jointly run campaigns for groups in Syria. Murat Özer, the head of İmkan-Der, is a well-known radical figure and a staunch ally of Turkish President Erdoğan. The group has a branch in the border province of Gaziantep from where it runs logistical lines to Syria. Russia asked the UN in September 2013 to include İmkan-Der on the UNSC 1267/1989 Sanctions Committee list as an al-Qaeda supporter but failed to secure the vote. In a letter submitted to the UN on Feb. 10, 2016, Russia again named İmkan-Der as a supporter of terror in Syria, claiming that the Turkish government used İmkan-Der as a front to send weapons to jihadists in Syria.

Fukara-Der’s fundraising activities in European countries, especially in Belgium, the Netherlands and Germany, have come under increased scrutiny. The organization has in the past cooperated with aid groups such as BabyCare and Stichting Ibaadu Ar-Rahmaan of the Netherlands and Careforothers of Denmark. Dutch authorities have launched a legal case against Laarbi Ahrazem, the Moroccan head of BabyCare and a board member of a mosque in the city of Sittard-Geleen, on money laundering charges, aiding a terrorist organization, financing jihad and recruiting for jihad. The case is still pending. With the encouragement of the Erdoğan government, Fukara-Der is now reaching out to Myanmar and Ethiopia, two places where Turkish Islamists have concentrated their lobbying efforts to make their cases for core supporters back home.

Fukara-Der appears to be only one of many front organizations that the Erdoğan government uses to promote its own agenda of creating and sustaining proxy groups in other countries. It serves as a function of a parallel network along with Turkish intelligence under the cover of charitable work and makes it difficult, if not impossible, to trace it back to the Turkish government.