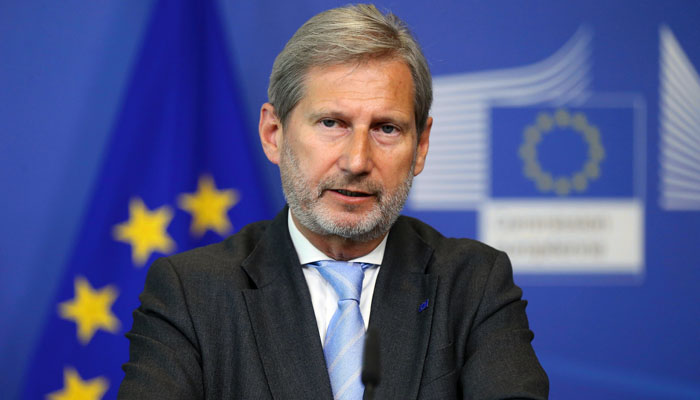 Johannes Hahn, the European commissioner for neighborhood policy and enlargement negotiations, said on Tuesday that there is an urgent need for the negative trend in Turkey to be reversed for the reciprocal engagement between Turkey and the EU to be sustainable.

Speaking during a debate in the plenary session on Turkey-EU relations in the European Parliament on Tuesday, Hahn said: “The high representative and I made it clear to all Turkish counterparts that there is an urgent need for the current trend to be reversed if we want our reciprocal engagement to be sustainable. This goes for the domestic situation, with continued dismissals, suspensions and arrests but equally so for bilateral relations between Turkey and some EU member states.”

Earlier in July, Hahn criticized Turkey for rapidly distancing itself from European values and said this has had a negative impact on Turkey-European Union relations.

Hahn also criticized Turkish authorities for the crackdown on government opponents, academics, judges, prosecutors, police officers, soldiers and journalists especially through decrees issued as part of the emergency rule declared after a failed coup in July of last year.

After EU-Turkey ties became strained due to the Turkish government’s crackdown on dissents, a resolution calling for the freezing of membership negotiations with Turkey if Ankara were to implement a constitutional overhaul, backed by a referendum in April, was adopted by a large majority of votes in the European Parliament on July 6.

The resolution, proposed by Turkey rapporteur for the European Parliament Kati Piri, “calls on the Commission and the member states, in accordance with the Negotiating Framework, to formally suspend the accession negotiations with Turkey without delay if the constitutional reform package is implemented unchanged.”

The decision was grounded on the incompatibility of the reform package with the principle of separation of powers and the Copenhagen criteria.