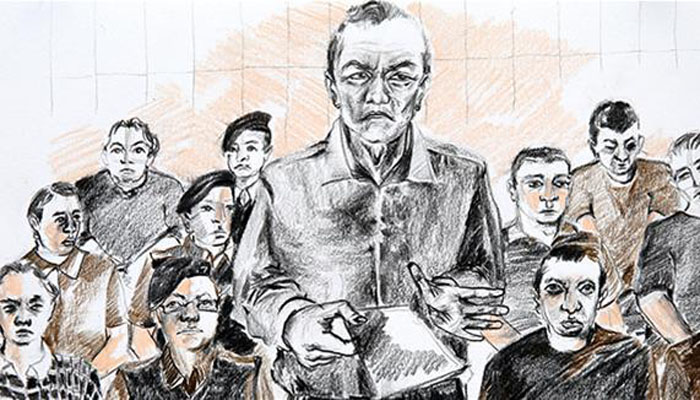 Former Turkish Air Forces Commander and member of the Supreme Military Council Akın Öztürk, a key suspect in a trial concerning a failed coup in Turkey last year, said on Friday that he saw Chief of General Staff Gen. Hulusi Akar at Akıncı Airbase and that he never ordered putschist soldiers to stop the coup attempt, while Öztürk himself shuttled between the general and the putschists, asking them to stop the attempt.

According to a Cumhuriyet daily story, Öztürk said during a hearing at the Ankara 4th High Criminal Court on Friday that he went to Akıncı Airbase from İzmir after his wife fell sick during their vacation and that he was informed about the coup attempt only when then-Air Forces Commander Abidin Ünal called him from İstanbul.

“Upon learning about the developments I called Akıncı Airbase Commander Hakan Evrim, but Main Jet Base Commander Kubilay Selçuk picked up the phone and said, ‘Sir, there is an operation, and the other commanders are waiting for you here’.”

“When I went to Evrim’s office, the chief of general staff was there along with Evrim, Selçuk and [Rear Adm.] Ömer Faruk Harmancık. [Maj. Gen.] Mehmet Dişli also joined them later. I asked Akar ‘Sir what is going on?’ He told me, pointing to others in the room, that they had attempted a coup. Then I understood the situation. The putschist generals then left the room, where Dişli, Akar and I watched the developments on TV.”

Öztürk underlined that he shuttled between Akar and the putschist generals upon Akar’s orders to convince them to abandon the attempted coup.

After traveling four or five times between Akar and the 143rd air squadron, which the putschists were using as a base, Öztürk said he told Akar that they had been persuaded and would halt the coup attempt.

“Akar told me ‘Akın, you wait here for some more time to ensure they don’t attempt more foolishness.’ And they left the airbase with Dişli to meet with the prime minister,” he said.

Noting that he has been a pilot for 46 years, Öztürk said, “I wish I had died in one of the operations [he conducted during his career] so I wouldn’t have to face such allegations.”

“To be tried on accusations of being a traitor and of being connected to the treacherous coup attempt is the biggest punishment that could be given to me,” he said.

Condemning the failed coup, Öztürk said he thinks the coup attempt was carried out members of the Gülen movement within the Turkish Air Forces with support from outside.

Upon a question from the court on his claim of external support, Öztürk said: “It could be any of the forces jealous of the Turkish Republic standing on its own feet in the region. It could be Germany, Britain, the US or Russia.”

A total of 486 people accused of taking part in the coup attempt are standing trial. The suspects, who were thought to have received orders from Akıncı Airbase, were allegedly plotting to assassinate Erdoğan on the night of the coup attempt.

According to the Turkish government, Akıncı Airbase, northwest of Ankara, served as the headquarters for plotters, and the orders to bomb Parliament and overthrow Erdoğan were sent out from there.

The Turkish government and Erdoğan accuse the faith-based Gülen movement of being behind the failed coup despite the movement and US-based Turkish Islamic scholar Fethullah Gülen, whose views inspired the movement, repeatedly denying any involvement.