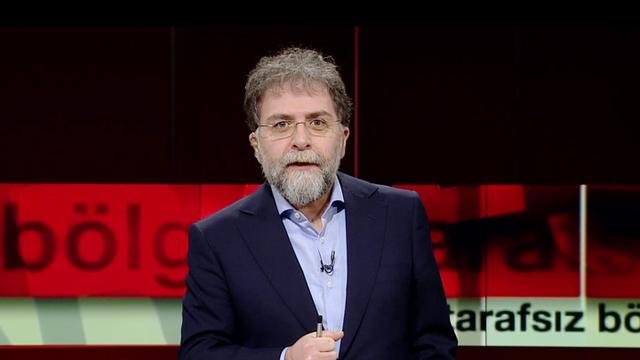 One of the largest media groups in Turkey, the Doğan Media Group, has announced that journalist Ahmet Hakan has been appointed as the head of the group’s TV station Kanal D.

Hakan will serve as the head of the Kanal D news department and will present the main news bulletins as of Jan.16.

The journalist will also continue to write columns for the group’s Hürriyet daily and host a TV program on their CNNTürk news channel.

The Doğan Media Group and Hakan are being widely criticized for abandoning critical journalism and yielding to growing government pressure on the media in Turkey.

In his columns, Hakan, who used to maintain a critical stance, avoids any sharp criticism of the government and repeats the government’s narrative in controversial issues.

In a series of emails, correspondence between Doğan Media Group Director General Mehmet Ali Yalçındağ, who is also the son-in-law of Aydın Doğan, and President Erdoğan’s Executive Assistant Hasan Doğan shows how the media re-adjusted and re-shaped its editorial line and media coverage in line with the government’s needs and whims.

The two men exchanged views and updated each other about certain journalists and editors at the Hürriyet newspaper and discussed a new editor-in-chief to succeed Sedat Ergin and a new Ankara representatives to succeed Deniz Zeyrek. Yalçındağ proposes Ahmet Hakan and Hande Fırat as trustworthy candidates.

The Hürriyet daily’s Ankara representative, Zeyrek, was replaced last month by the Ankara bureau chief of CNNTürk, Fırat, who aired a FaceTime message from President Erdoğan on the evening of a coup attempt in July.

Veteran Turkish journalist Ayşenur Arslan, who quit her daily program “Medya Mahallesi” (Media Neighborhood) on Halk TV last month to protest government pressure on journalists, claimed that “the order to replace Zeyrek came from the presidential palace.” Arslan said pressure on journalists has increased since the resignation of Yalçındağ over an email scandal in September.

Additionally, what the leaked emails also reveal is the fact that Yalçındağ constantly kept Serhat Albayrak, brother of Energy Minister Albayrak and CEO of Turkuvaz Media, which runs the Sabah newspaper and the ATV and A Haber television stations, informed about staff meetings at Doğan media and the new editorial policies.

In an email sent on May 6, 2016, Yalçındağ points out that Doğan media is ready to endorse Erdoğan’s ambitious bid for the introduction of an executive presidency in Turkey and to support the government in its fight against the Gülen movement.