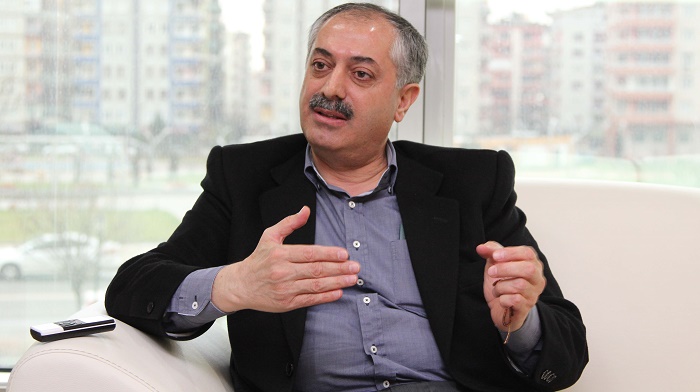 Nimetullah Erdoğmuş, a pro-Kurdish Peoples’ Democratic Party (HDP) Diyarbakır deputy and a former mufti of Diyarbakır who was detained on Thursday on allegations of leading civilian Friday prayers in 2011, was released after testifying to a prosecutor in Ankara on Friday.

Erdoğmuş was detained by police when leaving Parliament on Thursday evening as part of an investigation conducted by the Diyarbakır Public Prosecutor’s Office over leading civilian Friday prayers that were performed in the street and attended by thousands of Kurds in order to boycott government mosques, where only appointed Sunni imams lead prayers. He was then taken to Ankara Police Department following a health check.

On Dec. 8, the Diyarbakır Public Prosecutor’s Office launched an investigation into Erdoğmuş over suspicions of spreading terrorist propaganda by leading the civilian Friday prayers in 2011.

In 2011, led by HDP deputies and politicians, thousands of Kurds attended alternate Friday prayers in the street instead of at state mosques led by imams appointed by Turkey’s Religious Affairs Directorate, claiming that then-Prime Minister and current President Recep Tayyip Erdoğan’s government was trying to “Turkify” and “Sunnify” Kurds.

Erdoğmuş led the civilian Friday prayers, which meant boycotting government mosques and holding the prayers in the street, with an unofficial imam, who is Kurdish.

In a recent statement to the Al-Monitor website, Erdoğmuş said that aside from Alevi Kurds, most Kurds belong to the Sunni school of Shafi, whereas most Turks – including almost all imams appointed by government — are Sunni Hanafi.