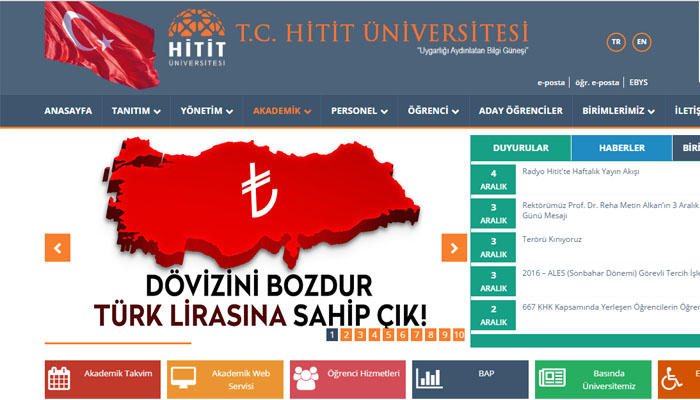 In a statement on its official website on Sunday, the Hitit University administration said, “Exchange your forex, support the Turkish lira.”

At a gathering on Friday, Erdoğan said: “They have recently been talking about a currency issue. Those who save foreign currencies under the pillow should convert them into gold or lira. Let’s do that and not help foreign currencies rise.”

“I am reminding you again. The crisis will only slightly affect us,” he said, echoing his remarks back in 2008 when the global economy was hit by a major crash in the US that expanded quickly to the rest of the world, with some countries including Turkey less affected than others.

Having hovered at around 3.487 early Friday , the lira had fallen to around 3.5935 against the greenback by midday. The currency also weakened to as low as 3.80715 against the euro the same day.