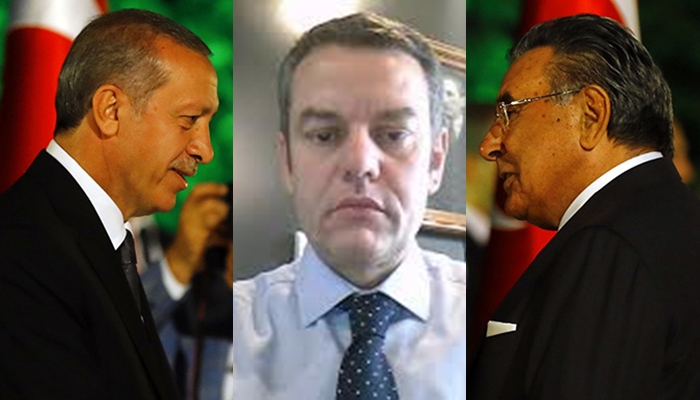 Barbaros Muratoğlu, the Ankara representative of Doğan Holding, which owns CNNTürk and the Hürriyet daily, was detained on Thursday over alleged Gülen links as the holding issued a statement denying any connection to the Gülen movement.

The pro-government media had smeared Doğan Holding’s Muratoğlu a week ago, labeling him the “encrypted” Gülen movement member in a daily Akşam headline accompanied by a photo of Muratoğlu among a group of people with Muslim scholar Fethullah Gülen. A week later Muratoğlu was detained as part of a “Fethullah Terrorist Organization” (FETÖ) investigation, a term the government coined to label the peaceful movement as a terrorist network.

Muratoğlu is accused of conducting activities in the “media network of FETÖ,” according to the Sabah daily. However, in their statement Doğan Holding did not cite any allegation, stating that Muratoğlu has been working with their conglomerate for the last 28 years.

In addition to denying any links to the Gülen movement amid a widespread purge taking place against the movement, Doğan Holding further argued that in the past they have been subjected to “plots” of the Gülen movement, using the same derogative term, “FETÖ,” as President Erdoğan.

Under the Erdoğan government, heavy tax fines have been levied against Doğan Media.Doğan Holding referred to Erdoğan’s statement that unlawful purges have taken place as part of the investigations into the Gülen movement and said that they stand with the nation and the state against any terrorist organization.

CNNTürk, the flagship TV station of Doğan Holding, has been criticized for pursuing a staunchly pro-government line, especially after a failed coup on July 15.