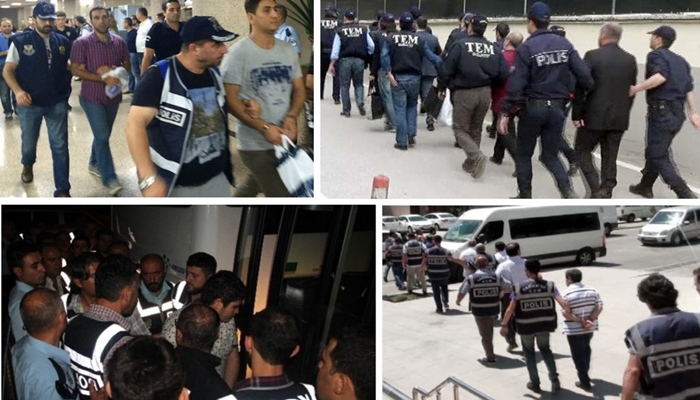 A huge cleansing of Turkey’s state and other institutions is continuing as people from all walks of life find themselves hunted down and taken into custody.

At least 98 people were arrested, while 152 others were detained over the past 48 hours, according to Turkish news agencies.

Police carried out the operations in at least 18 provinces across Turkey. With most of the arrestees being military officers, those arrested over the past day also included civil servants, police officers, lawyers and businessmen.

A report published by the German Focus magazine in August claimed that Turkish government members decided to put the blame for the coup attempt on Gülen half an hour after the uprising and agreed to begin a purge of Gülen followers the next day.

About 126,000 people have been purged from state bodies, in excess of 92,000 detained and over 39,000 have been arrested since the coup attempt. Arrestees include journalists, judges, prosecutors, police and military officers, academics, governors and even a comedian. Critics argue that lists of Gülen sympathizers were drawn up prior to the coup attempt. (Turkey Purge)