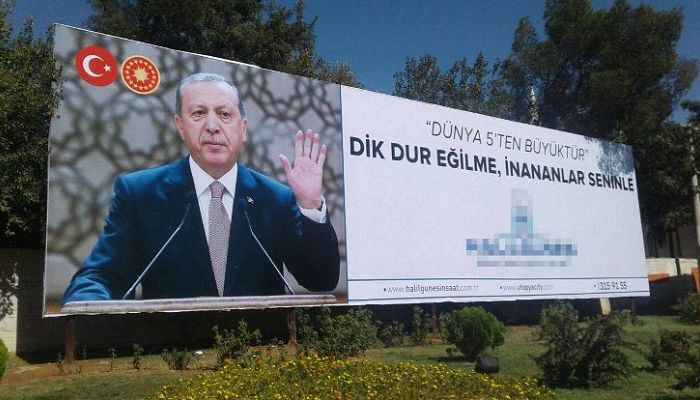 Halil G., the owner of one of the biggest construction companies in Şanlıurfa province, was arrested by a Turkish court on Monday over his alleged links to the Gülen movement, which the government accuses of masterminding a failed coup on July 15.

Halil G. came to public attention when he put up huge billboards of President Recep Tayyip Erdoğan in the aftermath of the coup attempt. The posters he erected in the most crowded streets of Şanlıurfa read: “This nation stands with you [Erdoğan].”

The contractor is accused membership in the movement, which is alleged to have tried to topple the government with a coup on July 15 that killed over 240 people and wounded a thousand others.

Immediately after the putsch, the government along with President Erdoğan pinned the blame on the Gülen movement and launched a widespread purge aimed at cleansing sympathizers of the movement from within state institutions, dehumanizing its popular figures and putting them in custody.

The movement strongly rejects the accusations.