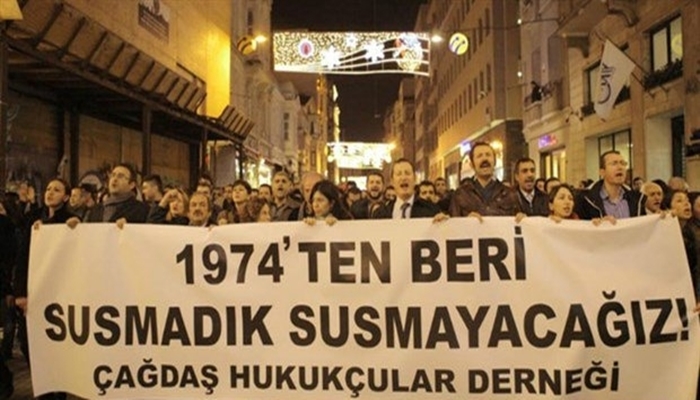 Turkey’s Interior Ministry has announced that the activities of 370 foundations have been halted based on emergency rule currently in force in the country, which went into effect in the aftermath of a failed coup attempt on July 15.

A statement released by the ministry on Friday said 190 of the closed-down foundations had links to the Kurdistan Workers’ Party (PKK)/Kurdistan Communities Union (KCK); 153 of them were linked to FETÖ, a phrase coined by the government to refer to the faith-based Gülen movement; 19 had links to far-left Revolutionary People’s Liberation Party/Front (DHKP/C); and eight had links to the Islamic State in Iraq and the Levant (ISIL).

The foundations are located across 39 of Turkey’s provinces, said the ministry’s statement.

The Turkey director of Human Rights Watch, Emma Sinclair-Webb, wrote from her Twitter account on Friday that one of the closed down foundations was Gündem Çocuk Derneği, “an impartial NGO in Turkey working on children’s rights issues and doing very meaningful work closed down by decree.”

The Progressive Lawyers’ Association (ÇHD) was also among the foundations closed down on Friday.

In a statement from its Twitter account on Friday evening, the ÇHD said it does not recognize the ministry’s decision that closed down the foundation while it posted photos showing police officers sealing off the ÇHD headquarters in Ankara.

“We will not bow to fascism,” said the foundation.

The ÇHD recently came to public attention with the remarks of its president, Selçuk Kozağaçlı, who said people imprisoned as part of a government crackdown on the Gülen movement are being systematically tortured in the most barbaric ways including rape, removal of nails and the insertion of objects into their anuses.
“They remove the nails of colleagues [during detention] at police stations. Believe me, I saw people who underwent a colectomy after they were tortured with objects inserted into their anuses in prison and at police stations,” Kozağaçlı said during the Ankara Bar Association’s general assembly on Oct. 16.

Turkish authorities claim Turkish Islamic scholar Fethullah Gülen, who lives in Pennsylvania and whose views inspired the Gülen movement, was the mastermind of the violent coup attempt that killed over 240 people and injured a thousand others on July 15, while Gülen strongly denies any involvement.

The Turkish government and President Recep Tayyip Erdoğan have designated the faith-based Gülen movement, operating charities, schools and businesses around the world, as a terrorist organization and have launched a widespread crackdown on suspected members since the failed coup.

With previous decrees, which have the force of law, the government has closed down more than a thousand schools, foundations and other organizations that have alleged links to the Gülen movement.

As part of the crackdown on the movement, more than 110,000 people have been purged from state bodies, in excess of 80,000 detained and over 36,000 have been arrested since the coup attempt. Arrestees include journalists, judges, prosecutors, police and military officers, academics, governors and even a comedian. Critics argue that lists of Gülen sympathizers were drawn up prior to the coup attempt.