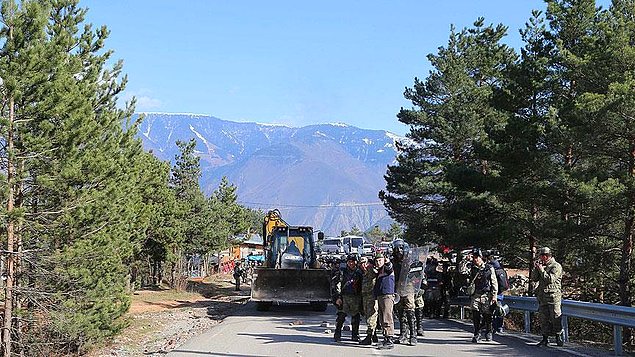 In a move apparently aimed at preventing environmental protests over the building of a mine complex in an ecologically pristine area in Cerattepe, the Artvin Governor’s Office has announced that all types of protest activities have been banned in the province until Oct. 19.

Releasing a press statement on Sunday, the Artvin Governor’s Office said all types of protest activities including marches, the issuing of press statements, demonstrations, the erecting of tents and stands, the holding of sit-ins and the carrying of banners and placards have been prohibited between Sept.19 and Oct.19, 2016 with the aim of maintaining public order and citizens’ rights and freedoms and out of fear of acts of violence before and after such activities.

The governor’s office decision came one day before the first hearing of a lawsuit concerning the controversial mine project in Cerattepe, based on the emergency rule that was declared in the aftermath of a military coup attempt in July.

The Justice and Development Party (AKP) government is receiving harsh criticism for capitalizing on emergency rule to silence dissent in the country.

Massive demonstrations took place in February to protest the building by Cengiz Holding of a mine complex in an ecologically untouched area in Cerattepe.