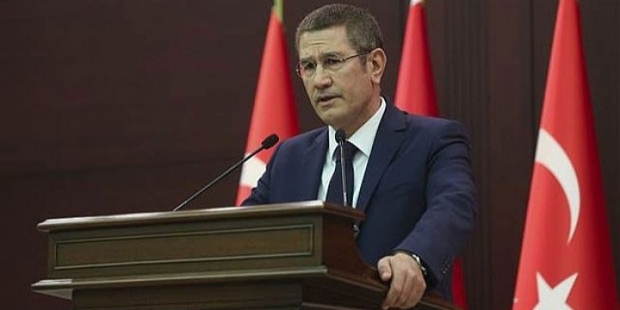 Turkish Deputy Prime Minister Nurettin Canikli said Turkey views a US proposal for a joint operation against Raqqa, held by the terrorist Islamic State in Iraq and the Levant (ISIL), positively as Turkey-backed rebels advance deep southward in northern Syria after clearing the border and Jarabulus of ISIL elements.

Speaking to reporters after a Cabinet meeting in Ankara on Wednesday, Canikli elaborated on the recent state of Turkish military operations in northern Syria.

“So far today, we have four martyrs, and 19 soldiers have been wounded. Four tanks have been severely damaged, and one armored vehicle was slightly damaged,” Canikli said chronicling the casualties during the clashes with ISIL and Kurdish militia, People’s Protection Units (YPG). He said 16 Free Syrian Army (FSA) members were killed while 27 of them were wounded.

But, he added, the security forces and Turkey-backed rebels killed 110 ISIL and YPG militants in total.

Canikli said US President Barack Obama offered a joint initiative for takeover of Raqqa during a meeting with Turkish President Recep Tayyip Erdogan on the sidelines of G20 summit in China last week.

But he said President Erdogan approached positively to the proposal by Obama and technical details are being discussed between Turkish and American officials. He declined to give details about the proposal and when the operation could start, he said talks are ongoing but a date for an operation has yet to set.