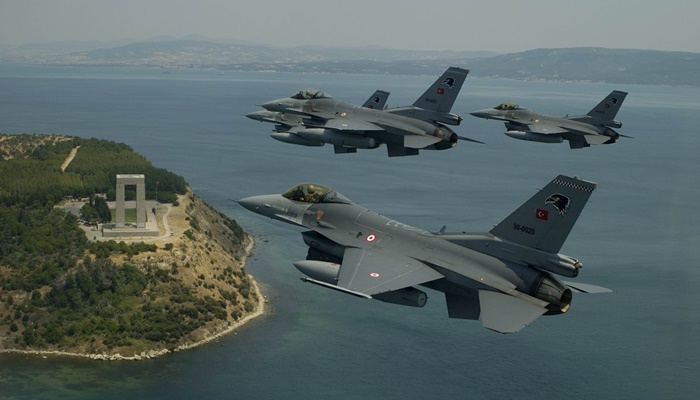 As part of an ongoing witch-hunt against the Gülen movement, 73 more military personnel have been dismissed from the Turkish Air Forces, Turkey’s Defense Ministry announced on Wednesday.

“Dismissals have been made with the utmost sensitivity. Heroic soldiers who are faithful to the state and the nation are in charge. The military will become stronger and continue to serve the nation as it is cleansed of FETÖ [a term that labels Turkish Islamic scholar Fethullah Gülen’s sympathizers as terrorists] traitors,” said a Twitter message from the ministry.

Eight hundred twenty military members from the land and naval forces were dismissed from the armed forces last week. The number of personnel dismissed including generals and admirals since a failed coup attempt in July has exceeded 4,500. The government has also closed all military academies in Turkey due to alleged involvement in the coup attempt on July 15.

Only a few hours after the failed coup, President Recep Tayyip Erdoğan said on TV that the putsch was “a great gift from God” as it would allow him “cleanse” the army.

A report drafted in the wake of the foiled coup by the Institute for the Study of War (ISW) states that President Erdoğan has used the coup as an opportunity to purge a wide swath of the Turkish Armed Forces (TSK) leadership.

The ISW report states that Erdoğan’s purge centralizes his authority, removes internal resistance and takes control of training programs for young military officers in order to retain control of the TSK’s future.