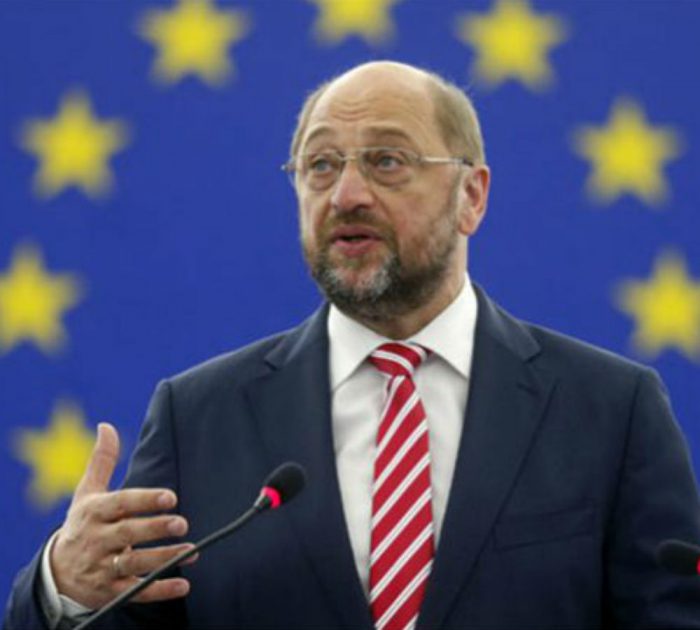 Martin Schulz, the President of the European Parliament (EP), said that the process leading up to introducing visa-free travel for Turkish citizens, which was part of the migrant deal between Turkey and the European Union (EU), has stopped because of authoritarian acts by President Recep Tayyip Erdoğan, according to the Yeni Hayat daily.

Speaking at the Europe Calling conference in the German capital of Berlin, Schulz stated that Turkey has not yet met a series of criteria required in the migrant deal. He touched on Erdoğan’s insistent stance on not amending Turkey’s controversial Law on Counter-terrorism, commenting that the law was used for lifting parliamentary immunities of pro-Kurdish Peoples’ Democratic Party (HDP) lawmakers.

Stressing that the Turkish government’s crackdown on journalists and lawmakers is against the values of parliamentary democracy, Schulz said “These are not the only examples of Erdoğan’s authoritarian acts.”

Schulz noted that the EU needs to cooperate with Turkey in terms of aiding around 2.4 million Syrian refugees hosted by the country, adding “First I supported creating solutions with Turkey. At this point, I against paying every price to the Ankara government. Thus, I have halted the process for visa.”

The March 18 agreement sets out measures for stemming Europe’s worst migration crisis since World War II, including stepped-up checks by Turkey and the shipping back to Turkish territory of migrants who arrive in Greece.

In return, Turkey is slated to receive benefits including visa-free travel for its citizens to Europe, which in the accord is promised “at the latest” by June 2016.

Turkey is also to receive up to the end of 2018 a total of six billion euros in financial aid for the over 2.7 million Syrian refugees it is hosting.