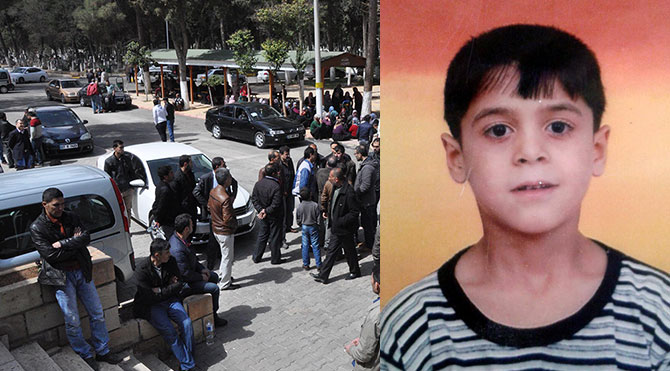 Turkey to pay for some Russian gas in rubles: Erdoğan

13-year-old Fahri Ali, who was brutually beheaded in the province of Gaziantep after refusing to give $17 (50 Turkish liras), was buried on March 27.

A Syrian Turkmen family’s son Fahri Ali was working as an apprentice in an appliance repair service for $68 monthly salary.

A convicted drug addict Cengiz P., who newly released from prison came to repair shop and ask Ali for his weekly wage, when Ali refused him, he then reportedly took the boy to the rear of the building and slit his throat.

Locals found the boy’s body without the head and called the police. Residents also told the police that they saw Cengiz while running away from the scene.

The perpetrator Cengiz P. pleaded guilty after captured by the police with the suspected murder weapon. He said that, he had thrown Ali’s head into a well before fleeing the scene.

After an autopsy, Fahri Ali was laid to rest after his head was taken from the well.

Over 2.2 million Syrians have fled from the five-year civil war to Turkey, along with some 300,000 Iraqis.

The southern Turkish province of Gaziantep, near the Syrian border, hosts more than 350,000 Syrian refugees. The head of the Gaziantep Chamber of Trade Eyup Bartik recently said Syrian refugees have become a booster factor for the local economy. Mainly in the plastic sector, textile, footwear and logistic, Syrians have own a total of 614 businesses in the city.