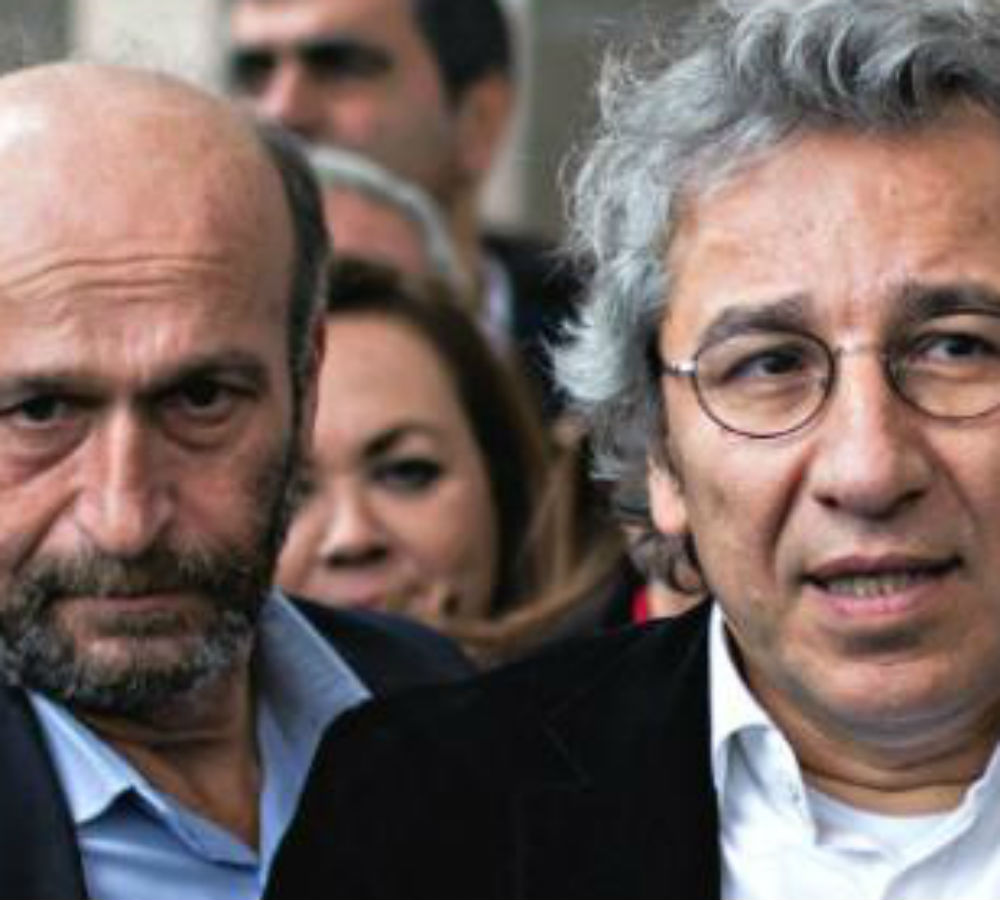 The Turkish Foreign Ministry has said that the “discomfort” felt by the consul-generals attending the hearing of journalist Can Dündar, who is being charged with espionage, has been submitted to their respective missions.

Foreign Ministry officials have told Turkish media that the discomfort Turkey felt by Turkey due to actions which may amount to an intervention of an independent judicial process, is being submitted to the respective missions of the consul-generals.

Cumhuriyet daily’s Editor-in-Chief, Can Dündar, and Ankara Bureau Chief, Erdem Gül, are currently facing trial on charges of “being members of a terror organization”, and “espionage” upon a personal complaint lodged by Erdoğan for reporting on trucks belonging to Turkish intelligence that where allegedly carrying weapons to radical groups in Syria.

The move comes only days after President Recep Tayyip Erdoğan slammed the British Consul General Leigh Turner as well as other EU consul-generals for Dündar’s hearing.

Turner was present at the hearing on Friday, to show support to Dündar and took the chance to take have a picture taken with the journalist to later post on his social media account, as a show of solidarity.

On Saturday Erdoğan blasted Turner saying, “Yesterday [Friday] there was the hearing of a journalist. The Consul Generals in İstanbul were at the hearing. Who are you? What business do you have there?” whilst speaking at the World Turkish Entrepreneurs Assembly hosted by the World Turkish Business Council (DTİK).

“This is not your country” Erdoğan continued. “This is Turkey. You are allowed to move around the consulate building or the borders of the consulate, anything else is subject to permission. These [Consuls] are brazen enough to violate their limitations by making an appearance [at the courthouse].”

“Those who constantly speak of democracy, human rights, freedoms, are showing who they choose to side with when confronted with the choice of being with the elected [government] or those with a pro-coup mindset” he said.

Dündar’s paper ran a news story in May, publishing images of the searches of the National Intelligence Organization (MİT) trucks that were intercepted in Adana province. The daily also uploaded a video footage on its webs site on Friday.

According to the report, there were six steel containers in the trucks which contained a total of 1,000 artillery shells, 50,000 machine gun rounds, 30,000 heavy machine gun rounds and 1,000 mortar shells. All this is registered in the prosecutor’s file about the MİT-truck case, the report said.

Erdoğan personally sued Dündar and is demanding he be handed a life sentence, an aggravated life sentence and an additional 42-year term of imprisonment on charges of a variety of crimes, ranging from espionage to attempting to topple the government and exposing secret information.