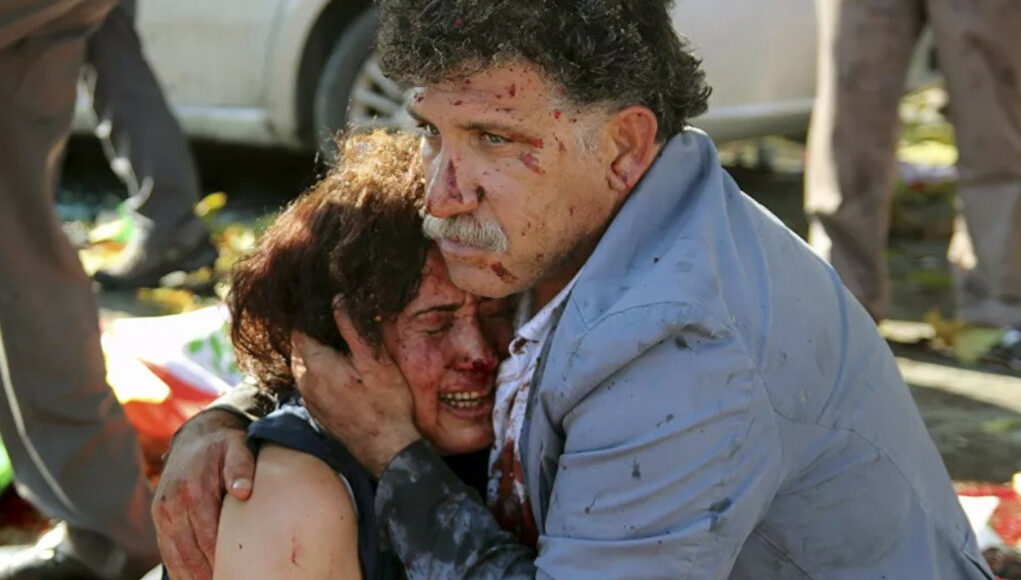 Turkey’s ruling Justice and Development Party (AKP) and its ally, the Nationalist Movement Party (MHP), have rejected a parliamentary motion to investigate the deadliest terrorist attack in Turkey’s history, which claimed the lives of more than 100 people in Ankara in 2015, Turkish media outlets reported.

The motion was submitted by the pro-Kurdish Peoples’ Democratic Party (HDP), which wanted the role of public officials in the massacre to be investigated.

The bombings on Oct. 10, 2015 took place near Ankara’s central train station as people from mainly leftist and pro-Kurdish groups gathered to stage a demonstration demanding peace and an end to the ongoing conflict between the outlawed Kurdistan Workers’ Party (PKK) and the Turkish government.

Two explosions went off as people were congregating in the square, killing more than 100 and injuring some 400.

Government officials said the Islamic State in Iraq and the Levant (ISIL) was responsible for the bombings, but victims’ families demanded to know if the attack could have been prevented by the authorities.

HDP lawmaker Filiz Kerestecioğlu, speaking in parliament, said public officials had a role in  failing to prevent the tragedy despite the fact that interior ministry inspectors released a report before the bombings warning that an attack might take place during gatherings of leftist and Kurdish protestors.

Kerestecioğlu also lamented that the relatives of the victims are not even allowed to commemorate their loved ones as 22 people who gathered near the train station in Ankara were detained at the sixth anniversary of the tragedy on Sunday.

The protesters were warned by the police that a protest was prohibited due to pandemic restrictions.

The police then deployed tear gas to disperse the group and detained 22 protesters.

A report drafted by the interior ministry had found that some public officials bore some responsibility for the incident. According to the report, which was leaked to the media, intelligence that ISIL might stage an attack on gatherings by leftist and Kurdish groups in Ankara and other cities had been conveyed to the police. Moreover, the names of the train station bombers had also been mentioned several times in these intelligence notices. This information, however, had not been taken into consideration by law enforcement.

Despite demands from the victims’ lawyers, the parties who failed to heed the intelligence warning have not been brought to justice.