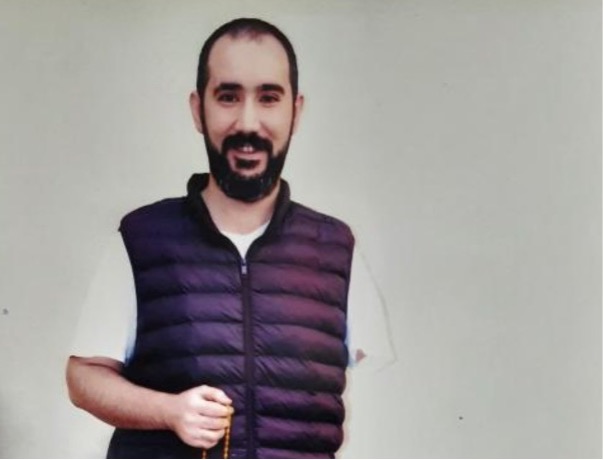 Bilal Danış, a disabled man jailed for alleged links to the Gülen movement, was issued a medical report saying he was healthy and was therefore ineligible for release from prison due to his disability, the Stockholm Center for Freedom reported, citing Bold Medya.

Danış’s left arm was amputated after a traffic accident in 2011 and at the time, he was issued a hospital report saying he was disabled. Ömer Faruk Gergerlioğlu, a deputy from the Peoples’ Democratic Party (HDP), criticized the situation and shared a letter from Danış on Twitter.

“I am writing this letter from a solitary cell,” Danış said in the letter. “My left arm was amputated. I don’t understand how this is not a disability. They issued a false report to deny me my release.”

Danış was arrested on November 20, 2016 and sentenced to nine years, three months in prison. He was accused of using the ByLock messaging application.

Turkey considers ByLock, once widely available online, a secret tool of communication among supporters of the faith-based Gülen movement since a coup attempt on July 15, 2016 despite the lack of any evidence that ByLock messages were related to the abortive putsch, leading to the arrest of thousands who were using it.

He was also accused of depositing money in the now-closed Gülen-linked Bank Asya.

Dismissing the investigations as a Gülenist coup and conspiracy against his government, Erdoğan designated the movement as a terrorist organization and began to target its members. Erdoğan intensified the crackdown on the movement following the coup attempt that he accused Gülen of masterminding. Gülen and the movement strongly deny involvement in the abortive putsch or any terrorist activity.

Turkish authorities have drawn criticism for continuing the imprisonment of disabled prisoners.

Konakçı was injured while trying to diffuse a bomb and lost his eyesight and right hand. He also lost some of the fingers of his left hand and has difficulty walking as well as hearing loss.

Serdal Yıldırım, who was disabled as a result of a car accident, was also denied release. Yıldırım cannot walk, but his appeal was rejected and the court said he posed a “threat to society.”

The decision was slammed by Yıldırım’s family and human rights activists, who said Yıldırım could eventually start walking if he received proper treatment and physical therapy.

Human rights activists and opposition politicians have frequently criticized authorities for not releasing ill and disabled prisoners, so they can seek proper treatment. Gergerlioğlu previously said ill prisoners were not released until they were at the point of no return.

According to the most recent statistics published by the Human Rights Association (İHD), the number of sick prisoners is in the thousands, more than 600 of whom are critically ill. Although most of the seriously ill patients have forensic and medical reports deeming them unfit to remain in prison, they are not released. Authorities refuse to free them on the grounds that they pose a potential danger to society.