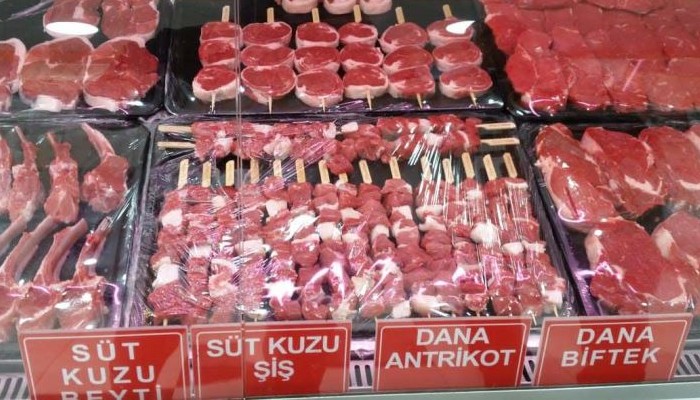 A family of four in 2020 has consumed 30 percent less meat than four years ago, while there has been a 25 percent increase in the amount of pasta consumed, according to data from the Turkish Red Meat Association (ETBİR), the Cumhuriyet daily reported.

The consumption of meat per capita was 8.6 kilograms in 2019, while this year it has fallen to seven kilograms, ETBİR data revealed.

A similar statement from the Pasta Producers Association last week showed a 25 percent increase in the consumption of pasta since the outbreak of the coronavirus pandemic in Turkey in March.

According to data from the Meat and Milk Board, the price of red meat has sharply increased in the country over the past few months. For example, the price of one kilogram of ground meat in İstanbul rose by 22.6 percent annually, reaching TL 48.2.

ETBİR President Ahmet Yücesan said the rise in meat prices has been caused by a rise in production costs.

“The amount of meat processed in an industrial facility has fallen, for example, from 50 tons to 35 tons. Producers have been going through difficult times,” he said.

The Turkish lira’s decline in value, nearly 30 percent so far this year, has led to higher inflation via imports priced in hard currencies. Prices have also remained elevated due to an increase in borrowing and rising food prices, leading the central bank to raise its year-end inflation forecast last week to 12.1 percent from 8.9 percent.

A currency crisis in 2018 that nearly halved the lira’s value at one point sent inflation surging to a 15-year high of more than 25 percent.