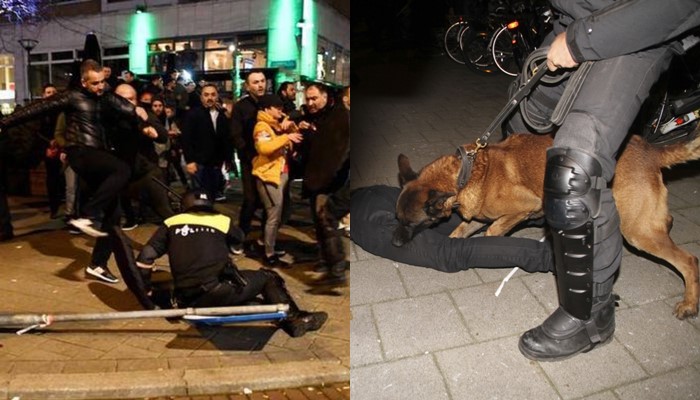 Dutch police forcefully dispersed Turkish demonstrators in Rotterdam Saturday night following the expulsion from the country of Turkish Minister of Family and Social Policy Fatma Betül Sayan Kaya after she was prevented from holding a campaign rally at the Turkish Consulate General residence in Rotterdam.

Some of the protesters attacked the police, provoking violent treatment of Turks at the demonstration.

The Netherlands on Saturday canceled the flight clearance for Turkish Foreign Minister Mevlüt Çavuşoğlu’s aircraft to land in the country.

Following the barring of the foreign minister from the Netherlands, Kaya announced that she would travel to Rotterdam by car from Germany. Dutch police stopped her car and asked her to leave, and she was reportedly later escorted to the German border.