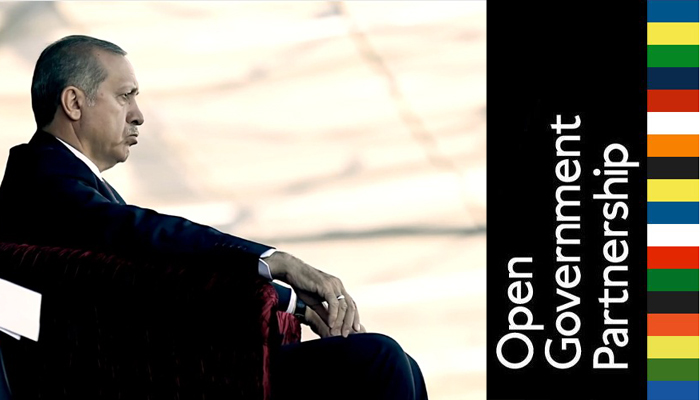 Who could have known that Turkey, touted as a secular and democratic Muslim nation with a vibrant civil society in 2011, when the Arab Spring revolutions began, would quickly descend into an authoritarian regime under its oppressive, xenophobic and corrupt Islamist rulers who are bent on crushing diverse civic groups in a crackdown unprecedented in the republic’s history.

So far, Turkey has shut down 1,325 associations and foundations ostensibly on terror charges in the last six months alone by government decrees that are not subject to any effective judicial or legislative scrutiny. That includes health, sports, education, charitable, unionist and other advocacy groups that apparently have nothing to do with terror or any other crime, such as the Anatolia Medical Ontology Foundation, the Gastrointestinal Oncology Foundation and the Health for Everyone Association. They were targeted because of unconstitutional profiling by the government, targeting critics, minorities, opponents and anybody else who is not willing to toe the line of the Islamist government in Turkey.

Addressing the annual gathering of Turkish ambassadors in Ankara on Wednesday, Interior Minister Süleyman Soylu, who provided the government tally of the number of closed civil society organizations (CSOs), said this was just the beginning as they had barely scratched the surface. That means the worst is yet to come. The Turkish government has not only shuttered civil society organizations but also deprived tens of thousands of people of their liberties by putting them behind bars. At least 42,000 people currently remain in jail, and more than 100,000 have been kept in detention for varying periods of time since last July. With the latest purges conducted by the government as part of a witch-hunt that targeted critics, the total number of people dismissed from their state jobs has risen to 135,000.

Just as Turkey is today designated as the worst jailer of journalists in the world, with some 200 media workers incarcerated on trumped-up terror charges, perhaps it should also be declared the most hostile government for CSOs, at least within the Western bloc, being a member of the Council of Europe (CoE) and NATO and a candidate for membership in the European Union. This terrible track record, which indicates a rapid slide in transparency and accountability on the part of the government, especially since December 2013 corruption investigations that implicated President Recep Tayyip Erdoğan and his family members in multibillion dollar schemes, has also taken a toll on the Turkish government in global standings.

Various surveys recently conducted by respected international organizations have confirmed how Turkey has lost rankings in transparency, rule of law, accountability, and fundamental rights and freedoms. Widespread rights violations, including torture in jails and detention centers, were also documented by UN rapporteurs. The CoE, the largest intergovernmental body that champions the rule of law, democracy and fundamental rights in Europe, recommends Turkey be placed under a formal monitoring mechanism, while the European Parliament even urged a freeze of membership talks with Turkey.

In the meantime, a less-noticed but significant development that did not generate much interest in the public and media has confirmed how poorly the current Turkish government performed on interaction with CSOs, moving from engagement to being indifferent and even adversarial to calls for open government. Turkey has become the first country whose membership was deactivated in the Open Government Partnership (OGP), an important global partnership between governments and civil society organizations to promote transparency and accountability, bolster citizen engagement and improve governance.

The initiative was launched in 2011 by eight countries as well as civil society leaders on the sidelines of the UN General Assembly and has grown to 75 members. It includes hundreds of civil society organizations. To become a member of the OGP, a country must meet minimum eligibility criteria such as an open budget, a law on access to information, public asset disclosure rules and basic protection for human rights. Then it is invited to join this partnership. In August 2011, the US extended an invitation to Turkey to join the OGP, and the Turkish Foreign Ministry informed the US Embassy on Sept.12, 2011 that the government had decided to join the OGP and promised to do its part as a participant in the OGP. A year later, the Turkish government submitted a National Action Plan, listing the achievements it had made and promising to do more in line with its commitments to the OGP.

Yet, things have gone haywire since that commitment was made as Erdoğan and his Islamist associates in the government moved Turkey away from transparency and openness in governance to an authoritarian rule that rolled back all the gains Turkey had made in open government reforms. Thanks to the transparency of the OGP, which published all communications between Turkey and the secretariat, we now know how Ankara played for time, promising to take required steps but never acting on its commitments. The Turkish government instead blamed external factors and the election cycle for its regression, part of the classic pattern of behavior of shifting the blame and scapegoating others for its own failures rather than for once holding itself accountable.

The OGP’s Independent Reporting Mechanism (IRM), overseen by the International Experts Panel (IEP), comprising renowned experts in transparency, participation and accountability, has been thwarted in producing its first report on Turkey. The reasons for that were listed in a letter sent by the OGP’s Support Unit to Ankara on April 30, 2014 in which it found “Turkey to be acting contrary to OGP process in its last National Action plan cycle.” The letter, signed by Linda Frey, executive director of the OGP’s Support Unit, specifically noted how the IRM and SU were unable to make contact with a government representative, adding to that no self-assessment report was submitted on the National Action Plan and attempts made to verify activities outlined in the National Action Plan found little evidence that OGP commitments were being implemented.

In other words Turkey not only strayed from its commitments on open government but completely disregarded communications from the OGP in its attempts to establish contact with the Turkish government. The OGP gave Turkey a July 1, 2014 deadline to remedy the shortcomings listed in Frey’s letter to Engin Kücet, chief inspector of Prime Ministry Inspection Board, who was designated as a point of contact for the OGP. Despite the reminder, Turkey still had not submitted its second action plan to the OGP. It also missed a second deadline on Oct. 31, putting Turkey behind for two consecutive cycles. Frustrated by the unresponsiveness on the part of the Turkish government, the Support Unit’s Frey sent another letter to Ankara on Nov. 26, 2014, warning the Turkish government that it would be referred to the Criteria and Standards Subcommittee (CS), which would review Turkey’s participation in the OGP at their next meeting.

Turkey also ignored an invitation from the OGP to send a representative or to participate remotely in the review process undertaken by the CS on March 9, 2015 to evaluate Turkish membership. Despite the indifference to the OGP’s attempts to reach out to the Turkish government, the subcommittee gave Ankara a respite by offering a new deadline. It requested a letter from the Turkish government outlining the steps it was taking to resume full participation in the OGP, including a timeline for co-creating a National Action Plan with civil society by the new deadline of June 30, 2015. Citing the June 7 and Nov. 1 general elections in 2015, the Turkish government asked for an extension, which was granted by the CS at its Oct. 26, 2015 meeting, setting a deadline of Dec. 31, 2015.

That new deadline came and went without any action on the part of the government, prompting the CS to ask the OGP to make a last-ditch effort to reach out to Turkey through diplomatic and political channels. If no traction had been gained by the time the OGP ministerial level Steering Committee met in South Africa on May 3-4, 2016, the CS said it would make a recommendation that Turkey be considered an inactive member. Finally, the Turkish government responded to the OGP on April 26, 2016, a week before the critical meeting in South Africa, promising re-engagement with the OGP and submitting a National Action Plan with the participation of CSOs. The OGP’s Steering Committee acknowledged the letter and urged the Turkish government to follow up on its commitments by Sept. 1, 2016. Again, no action plan was received before the deadline.

In the end, the Steering Committee of the OGP decided on Sept. 21, 2016 that Turkey would be designated as inactive in the OGP, having failed to deliver a National Action Plan since 2014. The designation is significant for Turkey because it bears witness to the worrisome developments taking place in the country in terms of engagement with CSOs, openness and accountability in governance, as noted by the OGP, a well-respected intergovernmental forum on these issues. In fact, some Turkish CSOs such as the UN-accredited charity Kimse Yok Mu, at one time the largest aid group in Turkey before the government unlawfully shut it down, are turning to the OGP to file their grievances and ask for help.

The OGP is taking actions in that regard. In September 2014, the OGP Steering Committee adopted a policy to deal with concerns raised by civil society and others about civic space in participating countries. Titled “Policy on Upholding the Values and Principles of OGP, as Articulated in the Open Government Declaration” (also known as the Response Policy), it seeks to assist a country brought under review in overcoming difficulties and to help re-establish an environment for productive government-civil society collaboration. Perhaps the next step for the OGP would be to bring Turkey under Response Policy review, which would make clear to world opinion what recommendations the Turkish government should be implementing to re-establish a vibrant civil society in Turkey.

By the way, just to show how things went from bad to worse for Turkey under its current oppressive rulers, Engin Kücet, the long-time point of contact for the OGP who had been thwarted by political leaders from cooperating with the OGP, was fired by the government on Sept. 1, 2016, along with 10,131 public employees for alleged membership in terror groups. Under emergency rule, the government issued decree No. 672 to that effect, summarily firing tens of thousands without any effective judicial or legislative review. There is no need for people like Kücet in a corrupt government that has avoided improving accountability in the public and private sectors, obscured the budgeting and expenditure processes, changed the public procurement law dozens of times to cater to its own crony capitalists, clamped down on the independent media and prevented citizens’ input in monitoring government policies, finances and performance. They are all terrorists in the eyes of the Turkish government, and there is no need for any evidence to back up such ludicrous charges.