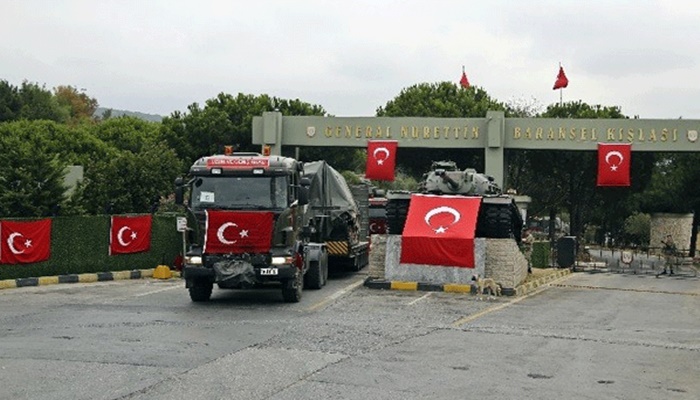 In line with a government policy to move military barracks from Istanbul and Ankara to other bases outside cities, adopted following an attempted coup last month, the Turkish military transferred a contingent of tanks from the Maltepe Mechanized Brigade in Istanbul to a base in the southeastern province of Gaziantep on Thursday.

NTV broadcast a clip of a column of tanks being transported to Gaziantep.

Earlier this week, dozens of tanks and armored vehicles were moved from the military barracks at Levent, in Istanbul, to Corlu, a town that is home to one of Turkey’s largest army units, close to the Greek border.

The government has adopted a policy of keeping the military presence out of Turkey’s two largest cities, Istanbul and Ankara, to ward off any future coup attempt.

On July 15 rogue elements within the military tried to topple the government but failed after a majority of the army remained loyal to the government. While police engaged in a battle with putschist faction, people also took to the streets to confront the rebel troops.

More than 200 people were killed and nearly 2,000 wounded during the failed coup. The government responded by mass purges and an overhaul of the army, a move that gave President Recep Tayyip Erdogan and the government the chance to restructure the military in their vision.