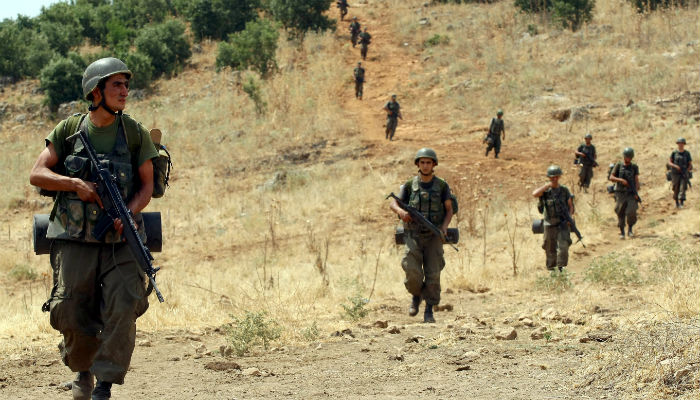 One soldier has been killed and three police officers have been wounded when a clash erupted between Turkish security forces and a group of terrorist Kurdistan Workers’ Party (PKK) militants who were trying to infiltrate into Tunceli’s Nazımiye district in eastern Turkey.

Additional security forces have been dispatched to Nazimiye due to heavy fighting. One female PKK terrorist was also killed during the clashes.

Security forces launched a large scale operation to capture the PKK terrorists who perpetrated the attack while a curfew has been declared in the city center of Nazımiye.

The PKK is designated as a terrorist organization by the United States, the European Union and Turkey. There have been repeated clashes between security forces and PKK members since a cease-fire between the government and the PKK’s jailed leader, Abdullah Öcalan, collapsed in July of last year.