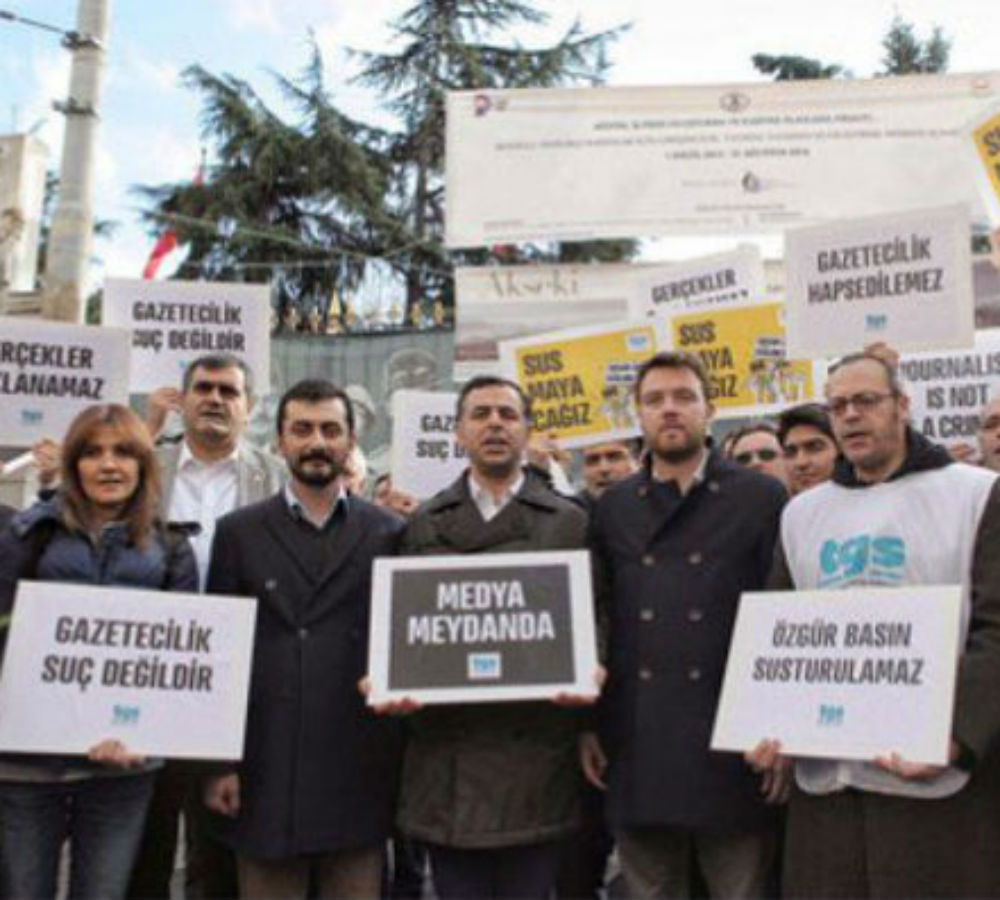 The Turkish Journalists Union (TGS) has said that currently 37 journalists are imprisoned in Turkey, while many others are under pressure of the Turkish government.

The union released a statement on their website, announcing that the number of journalists who are currently in jail has increased to 37, with nearly half of them being imprisoned in 2016.

TGS head Uğur Güç said journalists who write about the truth are being intimidated with lawsuits in government-led moves targeting members of free media.

The statement on the website included names of arrested journalists from Dicle News Agency (DİHA), Azadiya Velad, Özgür Gündem daily, Taraf daily and Samanyolu Broadcasting Group and emphasized that some of those journalists face court ruling of re-trial.

Hidayet Karaca, the CEO of Samanyolu Broadcasting Group, and Mehmet Baransu, an investigative journalist for the Taraf daily, who have been in prison without an indictment for nearly two years, were among the names listed in the statement.

Fincancı, Nesin and Önderoğlu have been serving as temporary editor-in-chief for the Özgür Gündem daily, which has been under government crackdown recently. Press freedom activists launched a campaign in solidarity with the daily, where prominent journalists and academics serve as “editor-in-chief on duty” for the newspaper.

Karaca was arrested after police raids on the Zaman daily and Samanyolu buildings in Dec. 2014, along with Zaman daily’s then-Editor-in-Chief Ekrem Dumanlı. While Dumanlı was released four days later, Karaca is still in jail along with three others.

Baransu was also arrested in March, 2015 on charges of publishing classified documents from a 2004 National Security Council (MGK) meeting.